This offseason is already shaping into one of the more interesting in recent years, with a lot of coaching changes -- including a very rare resignation. The cap is exploding, and many teams are poised to overpay marginal talents. Kevin Durant and LeBron James can leave their teams (I don’t think either will, but the option is there).

As far as the NBA draft, there are several teams with multiple picks, and logjams at certain positions (I kind of want to see the Noel, Embiid, Okafor, Saric and Simmons lineup, but we know moves will be made). We are already hearing about a rumor involving Nerlens Noel to Atlanta for Jeff Teague, which means it probably won’t happen, but these types of moves are fun to think about.

Well, I've devised a potential trade that I'd like to share with everyone. Mind you, it's purely hypothetical, but I can envision a scenario that involves the Philadelphia Sixers, Phoenix Suns and New Orleans Pelicans. Essentially, the Sixers are motivated to move the number one pick -- the rights to Ben Simmons -- to acquire two coveted draft choices within the first six selections of the 2016 NBA Draft.

The Sixers are loaded in the frontcourt with Jahlil Okafor, Joel Embiid, Noel, Dario Saric and even the sometimes exciting Richaun Holmes. Drafting Ben Simmons would add another big man to this clutter.

Simmons has Greg Monroe’s size coming out of college combined with incredible athleticism. While he isn’t a great shooter he does possess great vision and playmaking.

Giving up on this kind of talent is going to be a tough sell, but there are reasons to pass on Simmons. First off, Dario Saric is coming to play in the NBA next season. Saric is nowhere near the athlete that Ben Simmons is (though he’s not a total stiff), but he’s a high IQ player that is also a great facilitating big.

He’s a much better shooter than Simmons at this point in their careers, and he seems to possess more of an alpha mentality — having shown the mentality to take a game over by himself. Here’s a highlight package for you:

Simmons may develop a jumper and be the better player in the long run, but his potential may allow the 76ers to turn him into round pegs for the giant round holes in their roster while still dressing out a similar playmaking four in Saric.

The 1st overall pick in the 2016 NBA draft and Robert Covington. 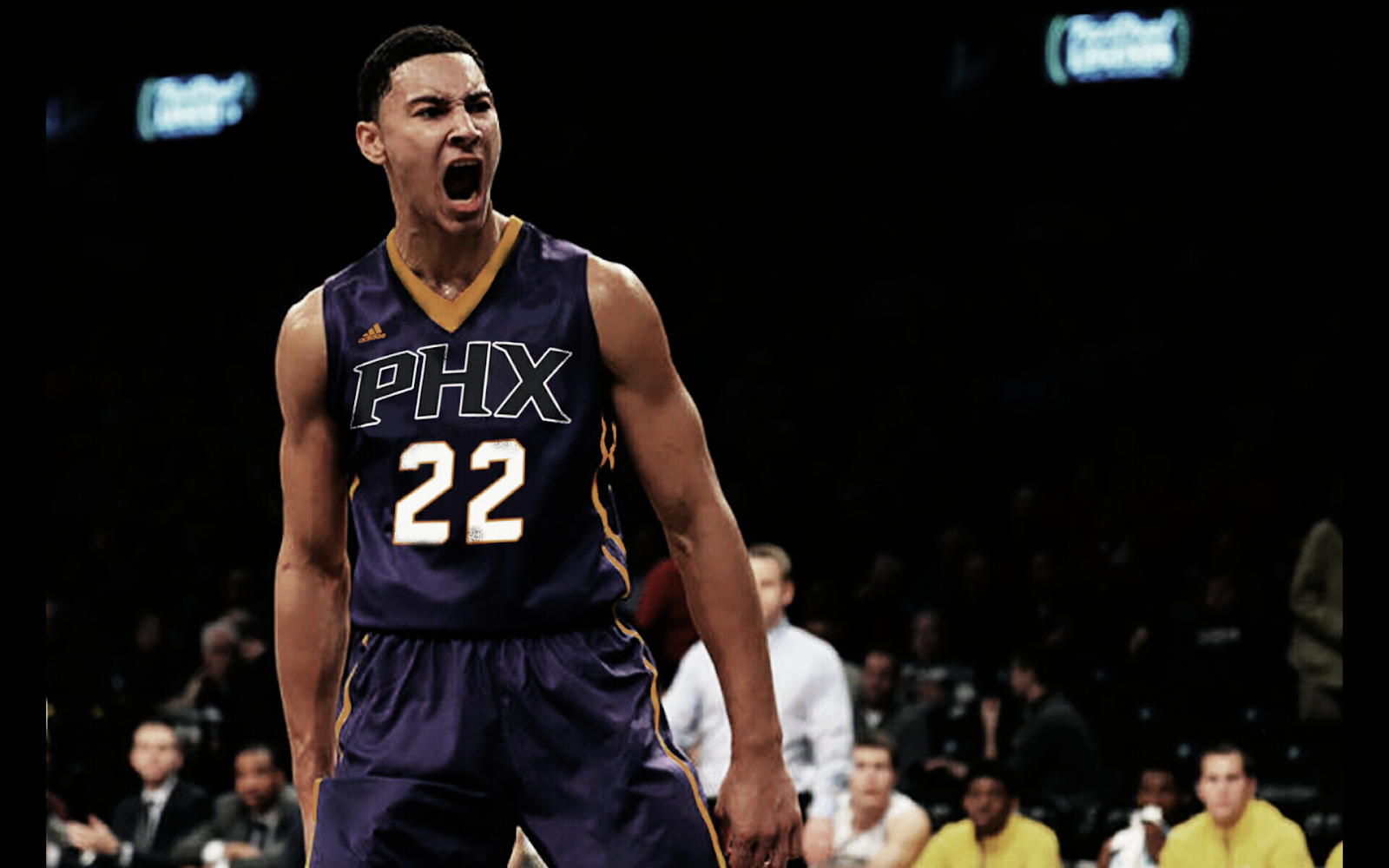 Phoenix got themselves into position to make this grab for the top prospect while still maintaining some interesting pieces. The Suns were a promising team two seasons ago, but injuries and locker room issues completely unraveled their 2015-2016 season. There was a sun-kissed silver lining to last season’s injuries as they obviously hit on the sharp shooting Devin Booker.

After striking out on LaMarcus Aldridge last offseason and moving on from the disgruntled Markieff Morris, the Suns could add the playmaking freak athlete that could be the face of their franchise for a decade or more... Ben Simmons!

Also, while the Tyson Chandler signing may be viewed as mistake after the failures of last season, is there a better mentor to help mold Simmons’ athleticism and size into a dominant NBA defender? Simmons would immediately start at the the four rounding out a roster that also features Booker, Eric Bledsoe, Brandon Knight, Alex Len, Tyson Chandler, P.J. Tucker and Robert Covington — who will serve as a cheap, but perhaps mediocre replacement for T.J. Warren.

The 1st pick in the 2016 NBA draft and Robert Covington from Philadelphia.

Since Jamal Mashburn walked away from the game, the Pelicans have been searching for that complete player at the three spot. That's a long time, folks.

Acquiring T.J. Warren from Phoenix would give the Pelicans a 6’-8" 230 lbs 22 year-old small forward who entered the league known for his ability to get to the rim, score through contact and possess an interesting post and mid-range game, after seemingly scoring at will in college. All of those things have shown up in the pros, but he’s also stretched that mid-range game out to the arc converting on 40% of his 70 long range attempts in 2015-16. T.J. displayed his full scoring prowess on New Year’s Eve against the Thunder, check out the highlight reel:

Warren’s game is probably still growing and the Pels land a prospect I’ve long desired who is still on his rookie contract. In this deal, the Pelicans get Warren and still own a lottery pick to replace Eric Gordon and maybe Tyreke Evans for giving the Suns the ammo they need to move up and grab Ben Simmons.

Stay tuned for my follow-up piece publishing tomorrow to this potential blockbuster trade where I divulge all of my fun picks (and more trades) in a mock draft, including the Pelicans landing a fan favorite and how the Sixers make up for the loss of Simmons.