Extending veteran contracts is a rarity under the current CBA. However, thanks to an exploding salary cap the Pelicans have an ideal candidate in Jrue Holiday.

This summer the NBA landscape is going to change dramatically. Nearly every team, including the New Orleans Pelicans, could create enough cap room for at least one max contract. The Pelicans themselves should have at least $18 million in cap space available unless they try to keep the current core together. There is reason to believe all the teams around the league will be unable to spend all those cap dollars smartly and overpaying in free agency in this market is almost a certainty. Have you looked at the 2016 free agent class?

Let's be clear: the 2016 NBA free agent class is not particularly good or deep. With an explosion of salary cap space coming for most teams, there's really not much to spend it on. The headliner could make for an interesting July, and at a team level, there's a lot of intrigue. But it's pretty difficult to get worked up about the actual available free agents outside the top 25 or so.

However, I bring good news! There are other avenues to spending cap space this summer that may be appealing to the Pelicans and point guard Jrue Holiday. We wade deep into the NBA CBA today to discuss the seldom used "renegotiate and extend" option.

Jrue Holiday has one remaining season on his contract for about $11.3 million. He will be a free agent in 2017 in an absolutely stacked free agent class for point guards headlined by Stephen Curry, Chris Paul, and Russell Westbrook. Just behind those three are Kyle Lowry, Jeff Teague, and Derrick Rose. Needless to say, the point guard crop is stacked. 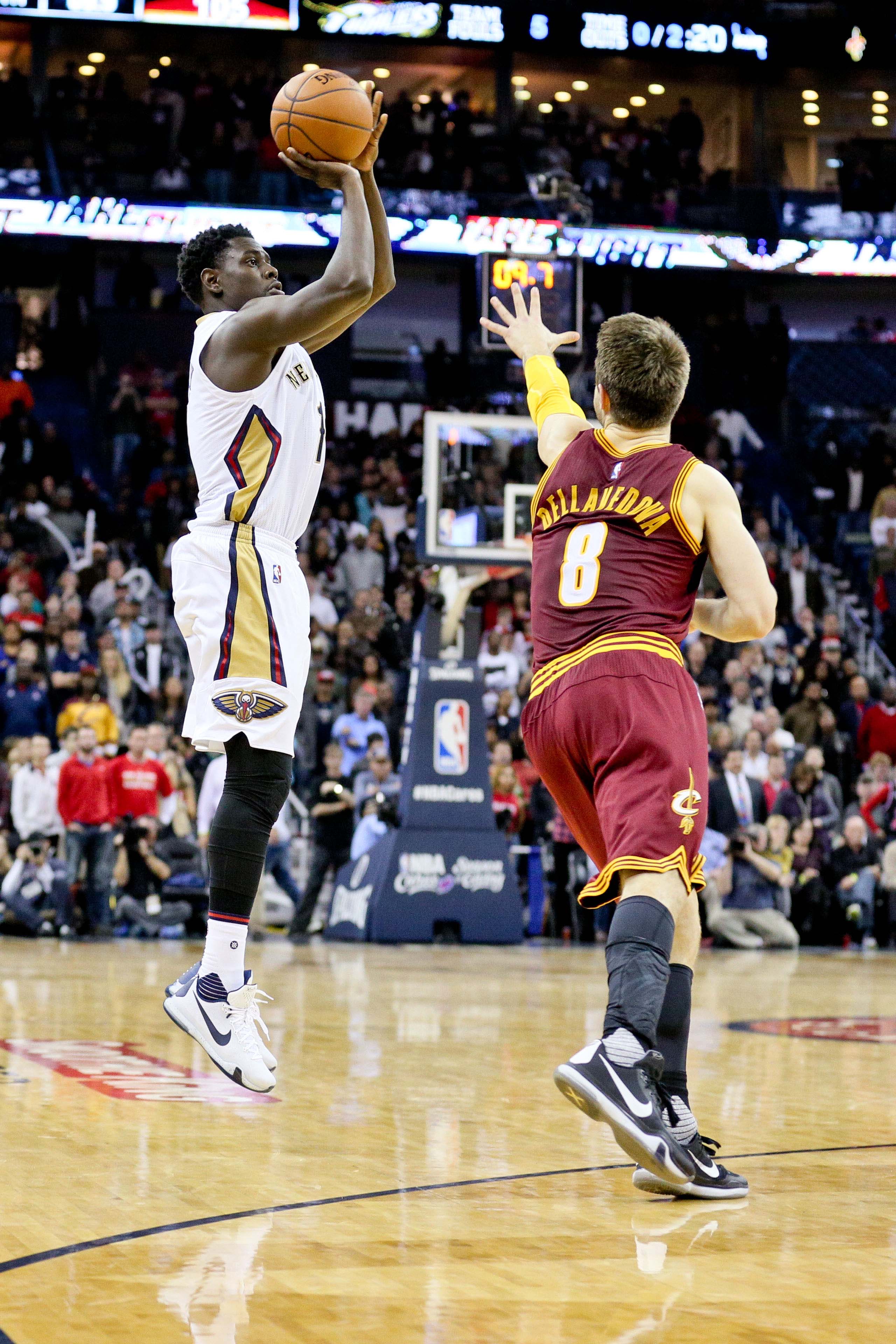 Miles and minutes are nearing a previous injury point. Will Holiday's leg hold up this time?

Holiday's next contract could be extraordinary; four years and in excess of $100 million is not off the table. In fact those figures are still below the maximum he could earn. However, another injury to his leg could significantly damage his potential market. This is where the Pelicans could step in with a different option.

Both New Orleans and Holiday accept some risk here. For the Pelicans committing more money now to Holiday diminishes their available cap space and they add guaranteed dollars and years betting on Holiday's leg and their medical staff. However, if Holiday remains healthy they retain him on what is probably a below-market deal.

Holiday reduces his potential earnings for greater financial security. Free agent dollars in the summer of 2017 are not guaranteed with his health history. In the process of a renegotiation and extension Jrue can secure a significant raise for the 2016-17 season, the carrot in this scenario. Veteran extensions are rare because the players most likely to accept them are unable to significantly increase their salary in the current year. That is not the case with Mr. Holiday.

Only teams under the cap can renegotiate a contract, and the salary in the then-current season can be increased only to the extent that the team has room under the cap (and cannot increase the player's salary beyond the maximum salary). A renegotiation can only be used to provide a salary increase -- players can't take a "pay cut" in order to create more cap room for the team.

For a player on a max contract (the kind of player most teams would like to extend) the difference between their current contract and the max in a current season is typically very small if it is positive at all. Kevin Durant could have tried a renegotiation and extension this summer, for instance, but the difference between his actual salary ($20.1M) and his "max" salary ($18.9M) is actually negative. This is the value of 7.5% raises on a contract while the salary cap has hardly increased in the last five seasons.

Paying now to save later

Not so with Jrue Holiday. Holiday's contract is only $11.3M as noted above, but this summer his "max" tier could be more than $25M. New Orleans can increase Holiday's contract for the 2016-17 season significantly, which provides Jrue reason to consider it where a player like Durant would not.

There are some limitations to consider for Holiday. A renegotiation can only be for four total seasons, including the year being renegotiated. On the 2017 market Holiday could get a contract through 2020-21 on the market and potentially a five year contract through 2021-22 from the Pelicans. By opting to renegotiate this summer Holiday's contract will only go through 2019-20, for four total seasons including the 2016-17 season. There is also the benefit of reaching free agency sooner when Jrue bumps up to the 10+ years tier, but all of those features of the CBA could be changed.

Let's take a stab at how much the Pelicans would have to pay Holiday to make it worth it for both parties. The biggest assumption here is what can Jrue Holiday expect to get on the free agent market in 2017. The max for his level of experience will approach $30 million under a salary cap reaching $100 million or more. My guess is Holiday's first year will be about $25 million due to the sheer volume of point guards on the market. How much do the Pelicans need to increase his 2016-17 salary to make this decision difficult?

Now, I could go further into the weeds but money now is worth more than money later. Even though becoming a free agent in 2017 appears to be slightly more valuable in raw dollars adjusting for when those dollars are earned Holiday receives greater value by executing a renegotiation and extension over the next four years than waiting for free agency. It is only thanks to his contract being so far below his possible maximum this year  that makes this possible.

Both Jrue Holiday and the New Orleans Pelicans would be accepting significant risk in this proposal and I cannot stress that enough. The Pelicans would be committing more money now to a player that hasn't been healthy in the last three seasons. Doing so spends cap space that could be used to acquiring more talent to gain greater future flexibility with Holiday's lower cap hits far into the future. Holiday could be healthy all next season and command a price much closer to his max and add an additional year of guaranteed money.

All that said, if Holiday finishes the season healthy a renegotiation and extension may serve both parties very well. Holiday can get paid now and the Pelicans can have both their core pieces under contract for at least four more seasons. It might be a good thing to lineup free agency for Holiday and Anthony Davis, who can opt out after the 2020 season. Bringing down Holiday's cap hits in the future can also create additional flexibility in the summers of 2018 and 2019.