The Pelicans will participate in the 2014 Las Vegas Summer League and will try to improve on their record from last year (2-3). With the new and improved roster, beating their previous season performance might not be so challenging.

The New Orleans Pelicans have officially posted their 2014 Las Vegas Summer League roster. The roster will have some familiar faces on it, as James Southerland, Jeff Withey and Luke Babbit from the regular season team will appear. We will also be introduced to some talented new players like second round pick Russ Smith, Florida University stand out Patric Young and former Orlando Magic player Dequan Jones. 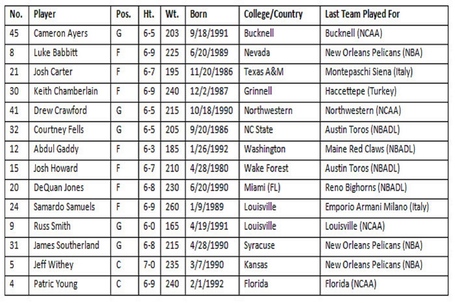 Tune-in after every summer league game for a recap and comments on the game.