The Jrue Holiday Trade: Why?

Share All sharing options for: The Jrue Holiday Trade: Why?

The NBA off-season is in full swing. Unlike other professional sports, the NBA goes immediately from the championship to the draft and free agency. The NBA Finals are still fresh in everyone's mind. Fans remember vividly what "championship basketball" looked like in 2013. The draft, on the other hand, is much more about what "championship basketball" will look like in 2017 and beyond. Free agency for some teams is about next year, but for others it is further down the road.

GM Dell Demps made a big splash in the draft, one which was hardly expected. The draft did not unfold as anyone expected. Anthony Bennett was the first pick, Cody Zeller went fourth, and Nerlens Noel plummeted down all the way to the Pelicans at six. It is reasonable to draw a couple conclusions about what happened next.

One big quote though from a Grantland piece I believe is particularly enlightening.

"Yeah, the numbers are bad, but I’m not a numbers guy. Honestly, these numbers have gotten a little out of hand for me. A lot of teams have good defensive numbers, but sometimes guys just miss, OK? Sometimes guys just miss shots. Or they make crazy shots. But that doesn’t mean it was a good shot, and it doesn’t mean it was bad defense. It’s like guys who get paid for numbers, but if you check their winning percentages, would you still pay that guy? I feel the same way about these numbers. Ryan and A.D. — their defensive prowess would look a lot better if we could stop the ball, and if there wasn’t so much penetration. That’s something we have to get better at — guarding the ball at our wing and guard spots." Grantland 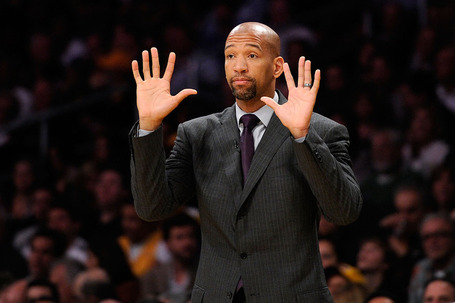 The problem nearly all Hornets-now-Pelicans fans had been ranting about last season is laid bare for all to see. Monty understands the numbers part of it, but wants people to know that defense is played by all five players on the floor simultaneously. Jrue Holiday is a big part of the front office's response to these defensive shortcomings. Much more so than Nerlens Noel.

Noel simply does not add enough defensively to make up for what he subtracts on offense. Specifically, Noel on offense shrinks the floor too much for his advantage on defense protecting the paint. And Noel on the roster means that Vasquez is still the point guard, limiting his defensive impact.

Holiday is quite the opposite. In crunch time Holiday will be on the floor with Gordon, Anderson, Davis, and yet-to-be-determined wild card free agent/sign and trade player. On offense the court is spread out massively compared to Vasquez, Gordon, Davis, Noel, and wild card. On defense the team is still superior to the Noel option, simply due to Vasquez's limitations as an on-ball defender.

Do not mistake this for a missive on the demise of Vasquez in New Orleans, quite the opposite in my opinion. Vasquez's value remains as the first ball handler off the bench, a change of pace player, and a catch and shoot player in three guard sets among other things. Further, as the third guard, Vasquez can be more effectively "hidden" defensively. Need I remind you of the creative ways both Mike Miller and Tony Parker were invisible on defense. None of this is possible without acquiring Jrue Holiday.

Nerlens Noel was not the only commodity that the Pelicans parted ways with in the trade. The second piece is what has drawn the most consternation throughout the fan base. The 2014 First Round Pick, Protected 1-5.

Protection on New Orleans pick to Philly in the Nerlens Noel/Jrue Holiday is 1-to-5 in 2014 draft, sources tell ESPN

At best the pick will be sixth in the draft, although I find that value extremely unlikely. My reasoning for that is uncomplicated. NBA front offices are all salivating at the 2014 NBA Draft. Philadelphia made this trade with New Orleans for the express reason of being terrible next year. Phoenix shows no signs of getting better. Charlotte is still run by Michael Jordan. Milwaukee has the potential of losing multiple starters in free agency. Detroit still doesn't have a point guard. Boston is in the process of melting their roster down. That's before we get into Sacramento or Orlando. Or that Cleveland has bailed on the idea of defense. I am not denying that the 2014 Draft is going to be great.

But we have a point of reference in history to consider. The 2003 NBA Draft has played a large part in deciding the NBA championship the last three years. Much has been written about that draft recently. ESPN did a "redraft" of the 2003 draft with 10 years of NBA performance to draw on. Hoopsworld did at a similar redraft in 2011. Consider for a moment the 6th through 12th players in the most loaded draft in recent history with hindsight on our side.

Chris Kaman, Kirk Hinrich, Kendrick Perkins, Mo Williams, Nick Collison, Boris Diaw, Leandro Barbosa. Do I have your attention yet? Three of these players are solid bench contributors in Collison, Diaw, and Barbosa. Kaman, Hinrich and Williams are middle of the road starters. Perkins is a glorified enforcer and liability on both ends of the floor with a debilitating contract. That is what Demps traded away. The hope of something wonderful (high school kids who have little experience against top flight talent or playing men) and the reality of something much less. The Pelicans 2014 pick was the most valuable last night. Do you remember how the Hornets "had to" get that Minnesota pick? That pick is now Austin Rivers, likely the third player off the bench for a team that may contend for a playoff spot next season.

Demps sold that commodity at its zenith, the absolute maximum value. Free agency was going to improve the roster, everyone expected that. The ownership wants to start winning. This is different from winning at all costs, to include the future. As the Pelicans added solid contributors around their core of Davis, Anderson, and Gordon the value of the 2014 First Round pick would drop. Not only because of what New Orleans did, but what we can reasonably expect other teams to do. Specifically, to begin building toward...

That is no way to launch a brand for the New Orleans Pelicans. "Come to our games while we try to win at losing." The fan base has endured two consecutive years of losing, of massaging players minutes, of unknown injuries to key contributors down the stretch. Ultimately, that was the deciding factor in my opinion. Tom Benson wants to start winning and Dell Demps needed to make a move to get the train out of the station. This move does that and more. It promises wins and hope. The core of the team is all under the age of 25, all a few years from their expected athletic peak. The franchises in the "Tank Battle" are only delivering hope. And what happens when they get the next Chris Kaman instead of the next LeBron James?