[/Bumped to the front page -R]

Hope is a waking dream.

This quote leads me to believe that Aristotle may have been a basketball fan. Not a fan rooting for the Lakers, Heat, Knicks or any of the other "glamour" franchises who can routinely draw prime free agents. No. A fan of those teams whose hopes lie in lottery ball combinations, whispers of potential, and rumors of a player's "ceiling". So, in essence, Aristotle was likely a New Orleans Pelicans fan, whether he knew it or not.

General Manager Dell Demps and Head Coach Monty Williams now know that they will be selecting sixth in the upcoming NBA Draft. That selection is likely to be the first of many roster moves in the next two months. Beginning with the draft and continuing on through free agency and the trades that come along with the beginning of the new NBA year, GM's throughout the league will be positioning themselves for the future. There will be teams looking to add the missing piece to a potential championship team, teams looking to build on their 2012-2013 season, teams attempting to build a foundation for future success, and teams actively sabotaging their chances of victory to secure a high selection in a loaded 2014 NBA Draft.

Michael McNamara recently wrote that the Pelicans should consider trading out of that 2014 NBA Draft. While I have rarely agreed with Mr. McNamara on much, I wholeheartedly agree with him on this point. It is critical for the New Orleans Pelicans to ship their 1st Round pick before another game is played.

Once upon a time their was a point guard who wanted out of New Orleans. I seem to have forgotten his name, but I hear he is still in the playoffs, albeit in commercial form. Not actually, "in" the playoffs. But I digress. One of the key parts of the trade for this point guard was a first round draft pick in the 2012 NBA Draft. This pick was considered quite valuable, as the Minnesota Timberwolves were expected to struggle once again in the 2011-2012 season. Alas, their young team improved from dead last in the NBA in 2010-2011 to a respectable 10th finish in 2011-2012. That "coveted" draft pick turned into Austin Rivers. Possibly the worst rookie in NBA history. 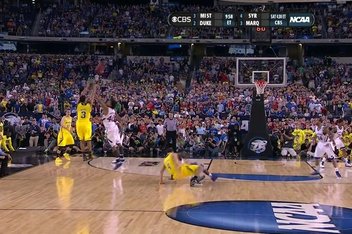 Step One of my plan is straightforward. Draft Trey Burke with the sixth pick in the NBA Draft. This step is contingent on the other five teams passing on Burke, but specifically for Orlando to pass on Burke at #2. I believe this is possible. There are more enticing players for Orlando, specifically Ben McLemore. Passing on an "undersized" point guard is a bit of a tradition in the NBA Draft, most pointedly when Chris Paul was selected 4th after Andrew Bogut, Marvin Williams and Deron Williams in 2005. Trey Burke would be the smallest player drafted in the top 2 since Isiah Thomas in 1981, for perspective. 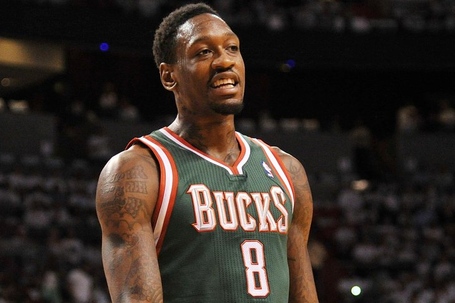 Step Two is the biggest move, and without a doubt the least likely. But I do believe that it is possible, however improbable it may be. New Orleans to trade their 2014 First Round Pick (unprotected), Greivis Vasquez, and Robin Lopez to Milwaukee for LARRY SANDERS!. Yes, that is the entirety of what I consider trade able assets (outside of Eric Gordon) for the starting center of the future. The ideal center to be beside Anthony Davis and to anchor Monty Williams' defensive scheme going forward.

Why do I believe LARRY SANDERS! is so valuable? Quickly read this quote

Hibbert significantly reduces his opponents' overall scoring efficiency on a nightly basis. I evaluated a set of thousands of NBA close-range shots in which an NBA big man was protecting the basket. These were shots from the 2012-13 regular season in which a qualifying interior defender was within 5 feet of the rim and also within 5 feet of the shot location.

In such cases, the opponents made 48 percent of their shots. When Hibbert was protecting the basket, however, the number dropped to 38 percent. Only one player in the NBA reduced close-range shooting efficiency more than Hibbert; of course, that was LARRY SANDERS!, who held opponents to a ghastly 32 percent. For context, both Marc Gasol and Tyson Chandler — the last two winners of the NBA Defensive Player of the Year Award — held opponents to a respectable 44 percent.

The combination of LARRY SANDERS! defending the basket and Anthony Davis coming from the weak side would be devastating on defense. I have continuously made the case that Vasquez and Lopez are not the answer as a package. However, this trade could be appealing for Milwaukee. The Bucks have been marking time the past four years; finishing 6th, 9th, 9th, and 8th in the Eastern Conference. What better year to embrace the tanking plunge than the 2014 Draft? Milwaukee only competed for (and won) an NBA Championship with a homegrown #1 overall pick, the then Lew Alcindor. Alcindor changed his name to Kareem Abdul-Jabbar the day after winning the championship.

Step Three requires a little luck. The former Hornets were a weak perimeter team who lacked defensive and shooting capabilities at the wing. The often mentioned "3&D" players who have come into vogue in the NBA recently. Further, the trade for LARRY SANDERS! and drafting Trey Burke leaves the Pelicans with a ton of cap space to use immediately, although that space would be expected to dry up in a hurry next summer when LARRY SANDERS! becomes a free agent, likely demanding a "mini-max" deal similar to Eric Gordon's last summer.

I have three wing players in mind to spend this cap space on. First, sign J.J. Redick to a 3 year, $23.25 Million deal. Second, sign Gerald Henderson to a 4 year, $23 Million deal. Third, resign Al-Farouq Aminu to a 3 year, $9 Million deal with the second and third years as player options. Redick increases the available shooting off the bench and has developed into a quality wing defender. Also, he provides the grit and veteran leadership that Monty Williams craves in the locker room. Henderson I believe is a potential answer at the SF position. He has the wingspan, quickness and strength to be a quality defender with a much improved jump shot over Aminu (as the starter). I think Aminu could be convinced to come back to New Orleans on a team friendly contract. Off of the bench in short spurts his energy, rebounding, and ability to finish in transition (as long as he is not tasked with ball handling) is valuable in today's NBA.

Below I have created a salary table over the next three years to examine how these moves would affect the Pelicans in the future. I have added in LARRY SANDERS! at the mini-max next summer to give an accurate estimation of the flexibility (or lack thereof) going forward. I think this lineup could be an absolute terror defensively, with enough experience to execute what Coach Williams wants to do and the youth to improve in the next few seasons.