This is the official The Bird Writes preview, a part of the SB Nation NBA preview series, as well as another year of the long-running Celticsblog-run NBA Blog Previews.

1. What Significant Moves were made during the off-season?

Outside of crafting the most heart-palpitating draft night this side of the one with Anthony Davis in it, New Orleans also decided to go ahead and dump the men responsible for getting the rookie Davis the ball -- Greivis Vasquez -- and defending his backside on defense -- Robin Lopez -- on a nightly basis. So to say Dell Demps never envisioned continuity as a huge factor in the early development of Davis is an understatement, though the obvious weaknesses of both Vasquez and Lopez were laid rather bare throughout the course of the 2013 season. And besides, one envisions that the core that came together this summer will stick around Davis through the end of at least his rookie, if not first veteran, deal. 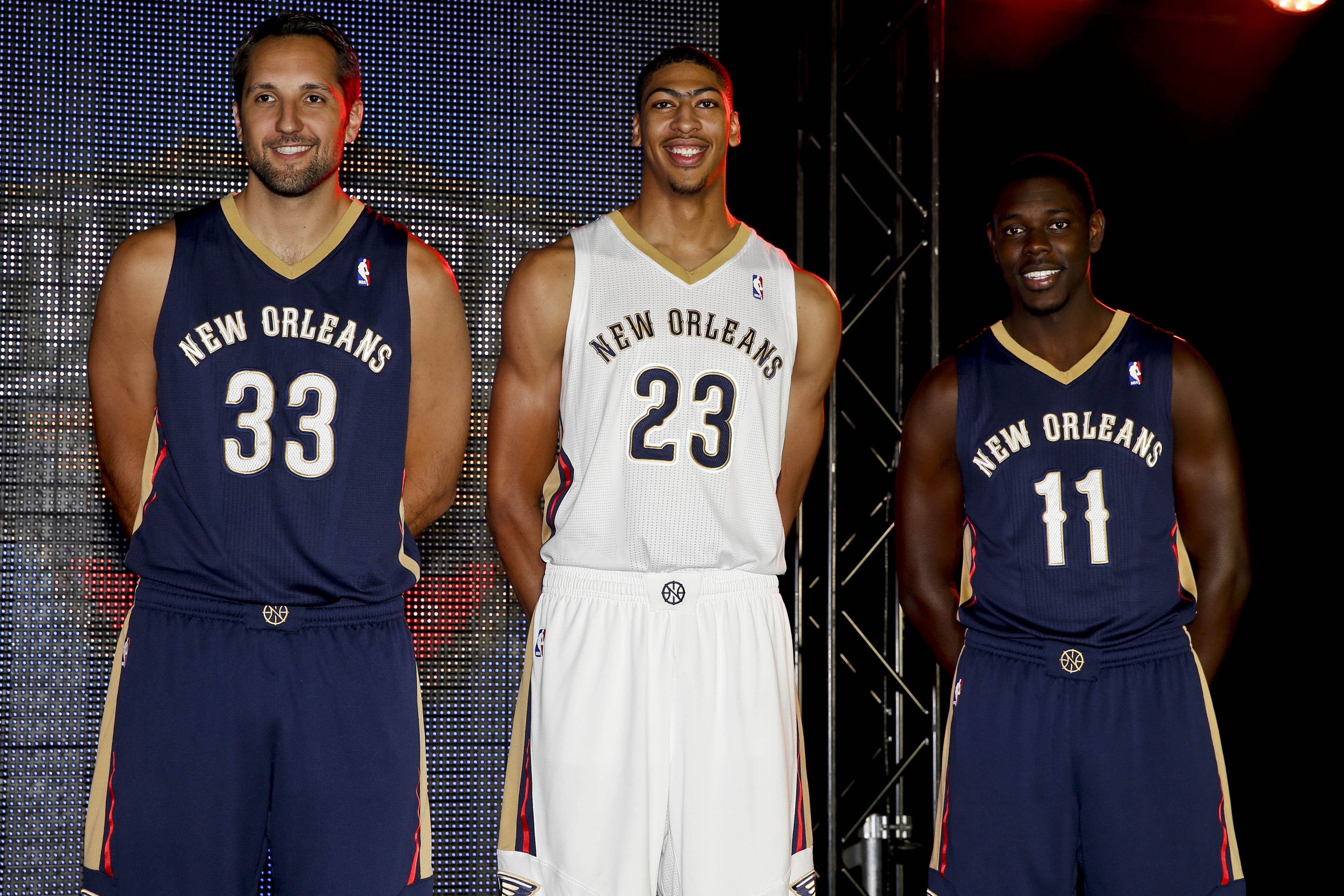 That's a core that will include Jrue Holiday, acquired on draft night, and Tyreke Evans, who represents Demps' second sign-and-trade for a restricted free agent in as many years. With Anthony Morrow slated to step into the departing Roger Mason's role, thePelicans backcourt has a fresh new-car smell to it (which, however, is just chemical outgassing, thus completing this excellent analogy).

New Orleans also took a flyer on Kansas center Jeff Withey, a stand-out collegiate center but one who may initially be too weak to contribute, and Greg Stiemsma, who...may or may not start opening night?

2. What are the team's biggest strengths?

Definitely the backcourt. The Eric Gordon Knee Situation doesn't look like it'll be resolved any time soon, but it's a testament to how deep the guard rotation is that that kind of,kind of (outside the $13 million dollar aspect) doesn't matter, at least to start with. Tyreke Evans, assuming he doesn't get injured again, should be able to fill in as a starter, and New Orleans could also go back to their old Chris Paul-era tradition of starting a pure shooter at the 2 (in this case, Morrow).

More: All of SB Nation's NBA previews to date

3. What are the team's biggest weaknesses?

Demps opted not to really address small forward, with Al-Farouq Aminu set to get the nod on opening night. Meanwhile, the center position was handled probably a little less smoothly than most of us wanted, with the team taking a long, long while to jump into action after trading away Lopez.

In the end, small forward and center will be the likely culprit positions in holding New Orleans out of the playoffs in 2014.

4. What are the goals for this team?

The Holiday trade accelerated the timeline for Anthony Davis by at least a couple years; there's nothing wrong with that in a vacuum, primarily because Davis' rookie season showed he was way ahead of schedule. The team will have the Western conference, injuries, and a wholly new roster (and apparently defensive system) to navigate, but with the amount of talent on the roster, anything lower than 8th -- even if that means a 1st round beatdown at the hands of the Thunder -- will constitute failure.

This is what the season boils down to.

New Orleans was exceptional on defense during Williams' rookie season, hovering in the top 5 defensive teams through February of that season before injuries dropped them closer to 10. That was done primarily on the basis of strong wing defense (C. Paul and Trevor Ariza) funneling players to a very positionally aware center (Emeka Okafor).

When Mike Malone left the team for Golden State, the defense fell apart, but his departure corresponded with a major roster overhaul. And thus we were left with the very hazy gray area of the last couple years -- were we terrible at defense entirely because of the roster or was there an important coaching element to it?