Share All sharing options for: Game 26: Hornets vs. Bulls 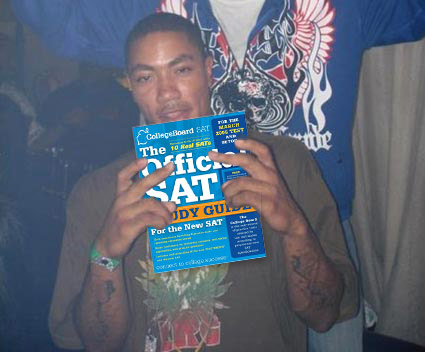 What's Good With the Bulls?

Answering that question for us is the ever mysterious your friendly BullsBlogger of the always excellent BlogaBull.

The Bulls are still very good, so much so that they (or at least their fanbase) are in a strange position of seeing a great regular season almost seem like a chore. No matter how many games they win behind their superlative defense and Derrick Rose's brilliance, it's all about a rematch with the Miami Heat in the Eastern Conference finals. Against nearly every other team, the Bulls have the depth and size to be able manhandle most opponents even through their own injury issues. But it doesn't feel quite right until the known holes are fixed, and that may not be proven until the playoffs actually start.

What's Bad With the Bulls?

your friendly once more:

Right now it's injuries. Derrick Rose has battled turf toe all season, and in their last game he had to leave with a bad back. Rip Hamilton was to be a major acquisition, but age and injury has dogged him all season to where he's now been shut down until deemed completely healthy. Luol Deng has decided to play through (as opposed to repair) the torn ligament in his non-shooting wrist, and has looked good in his 2 games back so far, but there's always the looming option of surgery. When it comes to action on the floor, Carlos Boozer and Joakim Noah still haven't completely figured things out. It seems that as though while Boozer can still be effective, it's exclusively as a high-post player shooting jumpers, the position on the court Joakim Noah also needs to roam in to be at his best.

- Derrick Rose left Monday's game against New Jersey with back spams, a recurring issue for him lately. Meanwhile, it looks like Jarrett Jack could possibly return opposite Rose, having practiced yesterday and with the team cutting third string (and, lately, second-string) point guard Squeaky Johnson.

- It's tough to play offense against a Thibodeau defense, and the Hornets may well struggle to crack the 80 point mark tonight. Chicago allows the 4th lowest eFG% in the NBA and has the second lowest foul rate in the league.