First person to point out the significance of this Hornets-Pistons box score from November 29th, 2001 wins twelve million "At the Hive Bucks," a valid currency in select provinces of Equitorial Guinea. 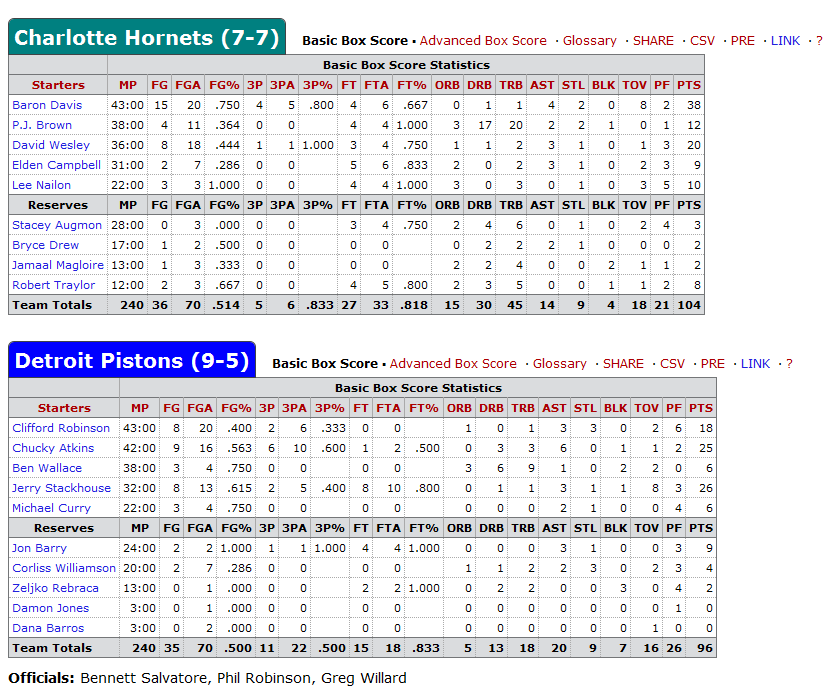 - Chris Kaman will be back with the team, according to the Hornets, but it's unclear whether this means he'll simply sit on the bench while another deal (post February 14th possibly) is sorted out or if he'll actually be back on the floor.

- At 5-20, the Pistons are one game behind the Hornets in the quest for Anthony Davis.

- Neither Gustavo Ayon (lack of minutes) nor Detroit rookie guard Brandon Knight (lack of efficiency) made my latest rookie rankings for SBNation, but both have a good shot at finishing in the top 10 by the end of the season.