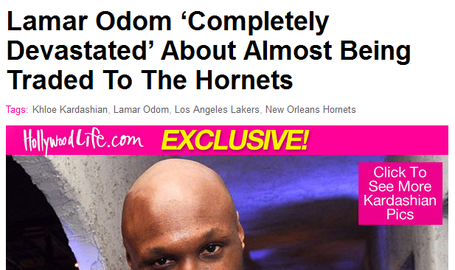 Your Other Pregame Moment of Zen

Eric Gordon Out, Trevor Ariza Out, Jason Smith Out

Eric Gordon and Trevor Ariza are both expected to miss at least the next two weeks (or somewhere in the region of 9 games). Monty Williams has promised lineup experiments in that time, but I'd anticipate Marco Belinelli and Al-Farouq Aminu continuing to get at least the next couple starts.

Trey Johnson - who has seen increased minutes of late - figures to be a candidate to get a start at some point, as does Xavier Henry when he's healthy.

Meanwhile, Jason Smith has not traveled with the team tonight, on account of a death in the family. Our best wishes to him.

Dallas pays more in team salary than all but three teams in the NBA.

None of those teams (Boston, Los Angeles, Miami) will be this bad. And neither will Dallas.