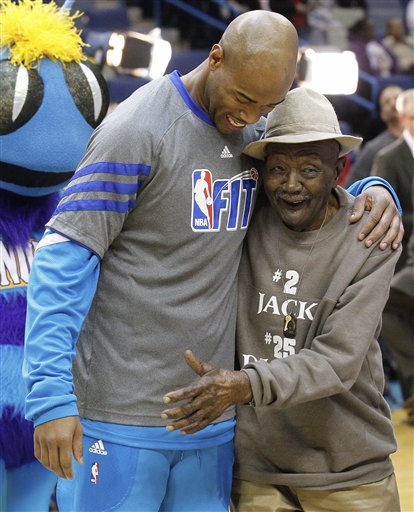 The Hornets avoided their first double digit losing streak since the pre-Chris Paul era by knocking off the Magic.

Some notes after the jump.

- The game opened to a weird sequence of jump shot after jump shot. Neither defense was particularly on point, but both teams ran a number of sets that resulted in early clock jumpers for players like Glen Davis, Jason Smith, Hedo Turkoglu, and Trevor Ariza. For the Hornets, the introduction of Carl Landry changed things up; no Magician was capable of guarding Landry's first step, and it didn't hurt that Landry was absolutely in a zone with his jumper early on. It all led to a early lead for New Orleans, continuing a recurring theme of the season.

The difference tonight, obviously, was that the Hornets not only held onto their initial lead, they focused in more and more as the game went along. Carl Landry had monster plays throughout the night, finishing with 17 on 13, Jason Smith couldn't miss on his jumper, and even Marco Belinelli had a positive shooting night. Even if Orlando hadn't started settling for long jumpers as early as the second quarter, the Hornets would have had a reasonable chance of winning this game, something they obviously accomplished in emphatic fashion ultimately.

- Jarrett Jack floated in a couple of beautiful, high-arcing jump shots over Dwight Howard in the first quarter. He's been a top ten offensive point guard on the year; despite scoring just 11 points, Jack had 9 assists against just 1 turnover. Greivis Vasquez's stint off the bench complemented Jack's play nicely. Vasquez got extended minutes in the first half (checking in at nearly the 5:00 minute mark of the first quarter) and had zero turnovers to go along with his 4 assists.

- Xavier Henry and Gustavo Ayon continued to get very limited minutes. Both surpassed the 8:00 mark, but considering the heavy amount of garbage time in this game, it really wasn't enough. Chris Kaman has played his final game as a Hornet, and hopefully this means we'll see more of Ayon going forward. It would have been nice to start tonight though.

- The best part of this game by far: the 102 year old great grandfather of cousins Jarrett Jack and Chris Duhon was in attendance. This is pretty much the most amazing thing ever. This would be like me or you being (a) first of all, still alive in say, 2088, and (b) having two great grand children professionally facing each other in a competition that does not currently exist, both in the top 0.0001% of their craft. A picture via the Hornets: 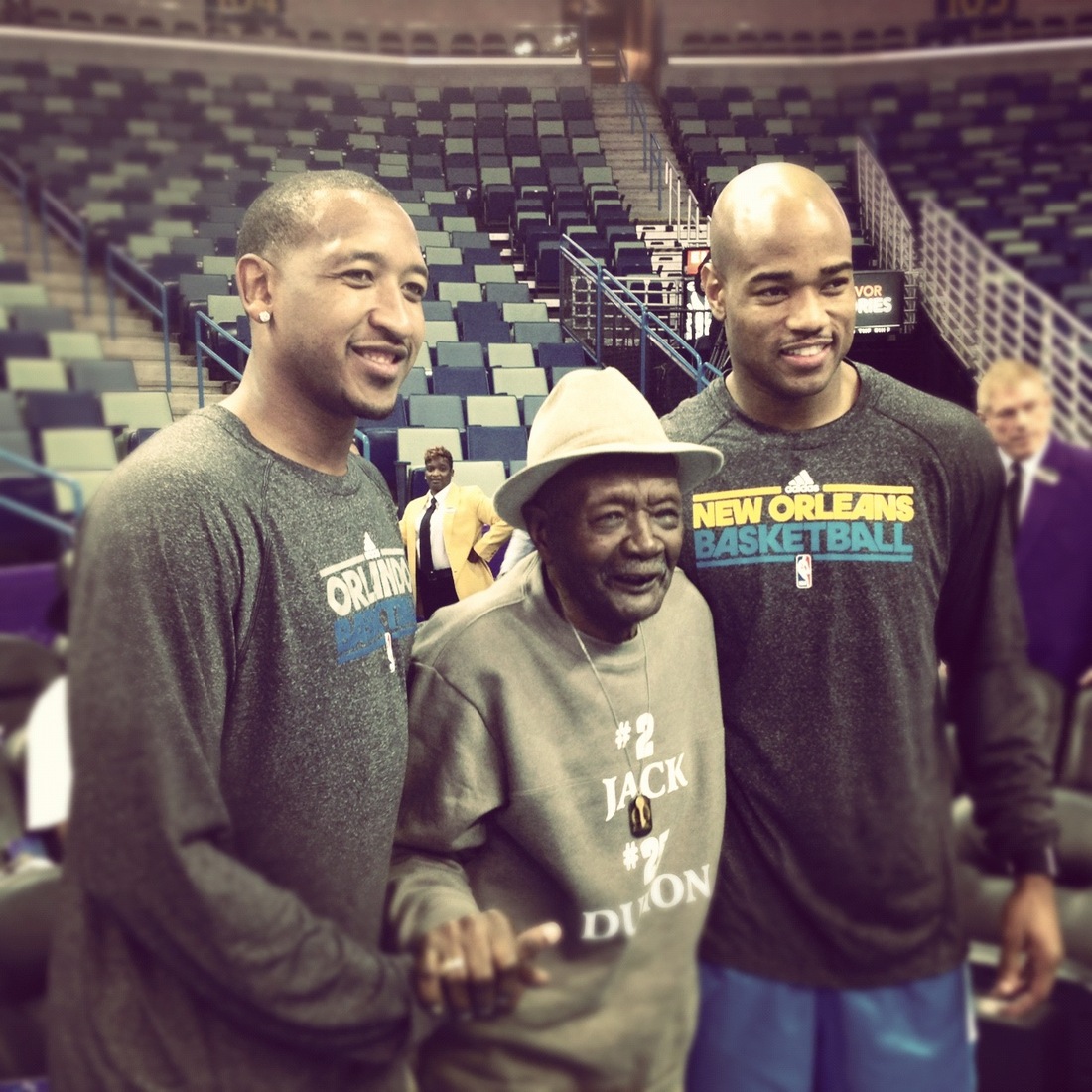 Just fantastic. This will make me smile forever.