On Gustavo Ayon
The Hornets Are Losing, But They Aren't Tanking

At the Hive named the best Hornets blog by Complex!

With less than 10 days before the Jan. 25 deadline for contract extensions for the Class of 2008, only one of the 30 first-round picks from that Draft -- Derrick Rose, natch -- has received a new deal. And not too many of Rose's fellow first-rounders are going to join him.

At the moment, only a handful of players -- Minnesota's Kevin Love, Denver's Danilo Gallinari and Oklahoma City's Russell Westbrook -- are even in the hunt to get deals, though several players' agents are engaged, or will soon engage, in conversations with their respective teams. But so far, no one's betting on the come for an Eric Gordon, or a Roy Hibbert, or a JaVale McGee.

New Orleans' Gordon was the key player in the Chris Paul trade last month, with the Hornets insisting they had to have the 23-year-old guard, who's already been on the U.S. World Championship team and is one of the game's up-and-coming scorers.

Gordon is in a tough position; with the Hornets currently owned by the NBA, the likelihood of the league okaying a major financial commitment to anyone before the team is sold (Commissioner David Stern maintained last month that that could happen by the spring) is iffy -- especially considering how the league insisted on young, inexpensive players as part of the Chris Paul deal. (Not to mention the fact that the team's other "owners" -- the 28 other teams -- weren't all that happy when New Orleans acquired Carl Landry and his salary last year at the trade deadline.) And Gordon might be reluctant to re-up with New Orleans until the team is sold, if at all. But the two sides are "working on it," a source texted Sunday night.

Hornets Coach Monty Williams said he will probably make a decision before Wednesday night’s game against Memphis to determine if Ariza plays.

"Quincy is a live body," Griz forward Rudy Gay said. "It's great to have guys like him out there to help keep the team together. Every team needs that guy and he's perfect for us."

Pondexter is a 6-6 swingman the Griz acquired Dec. 24 from the New Orleans Hornets in exchange for guard Greivis Vasquez. The 23-year-old Pondexter is also Gay's primary understudy and the most likely to succeed as the Grizzlies' new glue guy.

ondexter is far from bitter about being traded so early in his career. Perhaps that's because he no longer will spend most of his time spotting up for jump shots.

"I'm a basketball player," Pondexter said. "It's not like I'm a guy who can't shoot or dribble. I'm a basketball player who can do a lot of things on the court. At the end of the day, I'm going to do whatever it takes to help this team win. I like this situation a lot more than I was in. I can see myself blossoming here. I'm really looking forward to seeing what will happen with this situation."

New Zealand international Kirk Penney offered some good insight to Gustavo Ayon of the New Orleans Hornets when he was asked about his former Fuenlabrada teammate on Saturday night.

"Gustavo is such a joy to play with," Penney said to FIBA.com. "He runs the floor better than any of us, and he's a big guy. You don't replace a player like Gustavo. You just try to fill the hole with a collection of players."

Ayon didn't arrive in New Orleans beating his chest, telling the city that he was the cure to their ills.

He knows the NBA is different to the Liga Endesa. "Spanish basketball is very tactical, very difficult to adapt to the tactics," he said. "In the NBA, there are more physical and athletic players."

"There is going to be a period of adaptation to the league, to the culture, to everything.

"Once I'm settled, I'll try to improve every day and do the best for the team."

Ayon, it appears, is ahead of schedule.

NEW DELHI (NBA) - Muggsy Bogues was the most popular player to wear a Charlotte Hornets uniform.

Now 47 years of age, Bogues remains hugely popular because of what he did in basketball.

He's not far from the game, though. Bogues, a coach in Charlotte at United Faith Christian Academy, only just returned home after a trip to New Delhi to promote the sport.

"I feel like this is my mission - to help introduce kids to basketball everywhere," said Bogues, who went to India at the behest of the NBA.

It was his ability to compete in the toughest league in the world with four different NBA teams for 14 years, despite his height, that still leaves people shaking their heads in disbelief.

"The culture of the sport says there's no place for someone my size," Bogues said. "But if you pursue it, chase it, great things can happen. My presence is probably more powerful than anything I could say."

Bogues was in New Delhi and coached 75 youngsters at a clinic for an afternoon.

Chris Kaman Continues to Be Awesome: 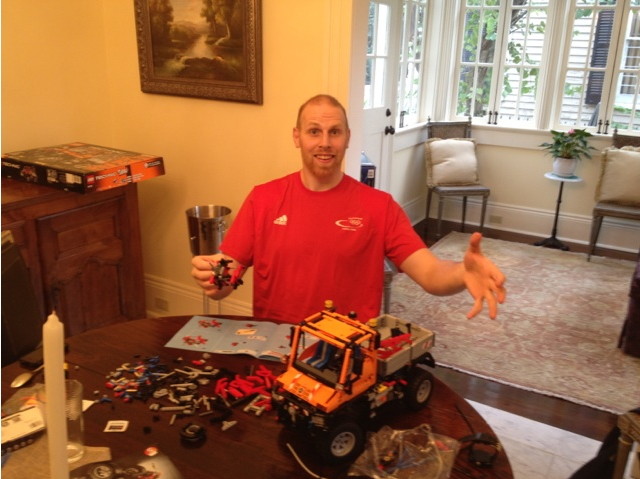 An Analysis of Market Size:

So what is the difference between a market and a population?

When talking about market size in relation to the NBA what people are talking about are the Nielsen's Local Television Market Rankings. These rankings count the number of households with television sets in any local broadcast area and are used widely to determine marketing value for commercials.


Again, going by traditional Nielsen's rankings the outstanding performances of Miami, Orlando, San Antonio, Cleveland, and OKC make absolutely no sense. Using a more reasoned and accurate model we are able to account for this success and the whole thing is completely logical.