With yesterday's news about the potential departures of David West and, more importantly, Aaron Gray, it seems an appropriate juncture to take stock of the current roster. Apply air quotes as necessary.

As you've no doubt heard many times by now, only five players are guaranteed (by the Hornets) to be Hornets for the 2011-2012 season. Emeka Okafor's contract runs through 2013 with an early termination option for the 2013-2014 season. Trevor Ariza's contract also runs through summer 2013 with a 2014 E.T.O. Jarrett Jack is in a similar boat, without the third year E.T.O. Quincy Pondexter's rookie contract continues through next summer at the minimum. And Chris Paul is scheduled to make a little over 16 million dollars through summer 2012 while that infamous player option looms large for the 2012-2013 season. 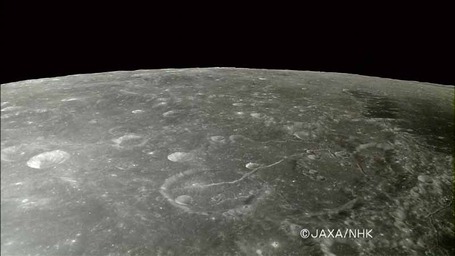 We're essentially a year away from the exact day Chris Paul can opt out of New Orleans, and two entire positions are emptier than the Large Hadron Collider. It seemed impossible a year ago that anything could top the ownership and management saturnalia that defined the 2010 summer, yet here we are.

Switching over to financial terms for a moment, New Orleans has about $43 million committed to Paul, Jack, Ariza, Pondexter, and Okafor next year. Last year's salary cap was set at $58 million and while we're (at the very, very minimum) tens of weeks away from getting a 2011-2012 figure, the most recent proposition from the owners appears to be a $62 million flexible cap. The Hornets are technically allowed to exceed the cap to re-sign players like David West (Bird exception) and Carl Landry (whatever the smaller Bird exception is called. Light Bird? Early Bird? Something). But it's difficult to envision a scenario under which the Hornets significantly outbid their competitors for West and Landry while the rest of the league stands idly and mutely by.

Couple the tenuous monetary situation with a zzz inducing free agent class, and it makes sense that multiple members of the 2011 Hornets march bravely on in the Creole Blue. New Orleans should expect to be in contention for West, Landry, Willie Green, Marco Belinelli, Jason Smith, and Aaron Gray.

The optimist will say that having five players under contract allows Dell Demps to start from scratch and to erase any last tints of previous managerial incarnations. That is true in a sense, but such a sentiment is more accurate in the long term and less so in the short. With Chris Paul's contract potentially expiring next summer, it's understandable that the short term takes precedence for now. And so the current lack of players is not really an opportunity to begin anew as much as it is an extra hurdle to clear before the pursuit of lusterless free agents (who wants J.R. Smith!) begins in earnest.