[Megan Wilson is a freelance writer, stylist and designer specializing in aesthetics and athletics. She is the Creative Editor for Counter Kicks, and you can check out her blog and official site here and here. Her work as a sports fashion writer has been featured on The Basketball Jones, Ball Don't Lie, TheScore.com, and RonArtest.com (!).

Today, Megan takes a look at the stylistic leanings of Monty Williams. -R]

Monty Williams is a likable man. The rookie coach captured the attention of the league by leading an underestimated Hornets' squad to the playoffs. If you follow me on Twitter, you probably expect that I'll rip the rookie head coach to shreds for crimes against fashion. While he needs some serious help I'd rather see a coach take a risk rather than opt out of personal style, like Stan Van Gundy and his man boob enhancing mock neck shirts and black pants. Monty seems to have a specific formula for dressing and I can't say I've seen him in the exact same look twice. Before we can understand the true genesis of Monty's often outlandish style, we need to look at where he's come from and how his style has changed from player to assistant to head coach.

The biggest difference is actually not in Monty's attire but his hair style. When he was drafted by the Knicks in 1994 sported a mean high top fade, looking like a little brother of the Fab Five despite coming out of Notre Dame. Monty experimented with various fades until he finally took a razor to his whole head and hasn't looked back since. Bald is beautiful! 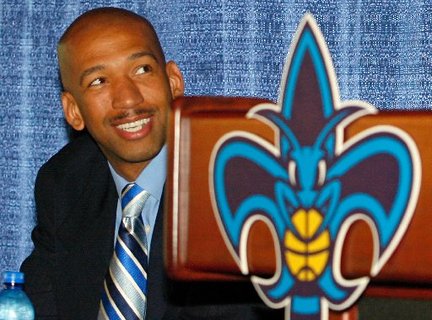 His experimentations with facial hair started when the hair on his head started to recede - he had to express himself in a new way. The soul patch, the moustache and the goatee. Monty's facial hair is much like Deron Williams' manscaping, when it's not there you don't miss it. But when it's grown in, it's all you can focus on. He looks best cleanly shaven especially since it gives him a blank canvas for his colorful attire.
Now that his playing days are beyond him, Monty is embracing wearing suits and being the authority figure to his team - despite being the second youngest head coach in the league. He's made the shift from team mandated threads on the court but he's still holding onto the concept of a uniform in his clothes. There's a definite structure he follows with his ensembles, despite often looking like a hot mess. Keep in mind, Monty is a former power forward and he stands at 6'8 and is about 225 pounds - nothing will fit him perfectly off the rack. 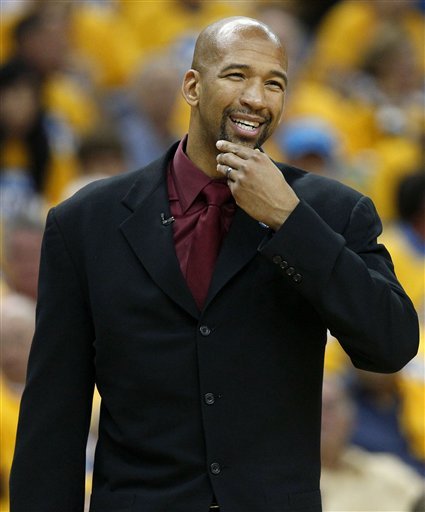 There are two style directions that Monty goes in, it's either an ill-fitting suit or a mismatched sports jacket and trouser combination. The former is reminiscent of a 1980's church attire. His suit jackets are often too tight and hit him at the wrong spot on his shoulders. The jackets also are often too long, out of proportion and have far too many buttons. The black and burgundy number he wore against the Lakers makes him look as though he's a character actor in a dated mob movie and the matching tie and shirt combo looks cheap. The jacket fit somewhat in the shoulders but it's far too big in the waist and sleeves. It looks like he's trying to make up for the ill-fitting suit by matching everything. Remember, just because you bought it on sale, doesn't mean it's a good buy. 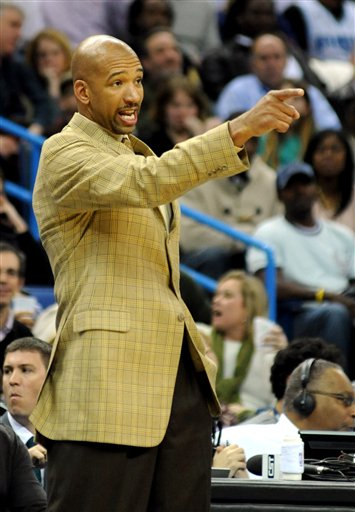 The Monty Williams sport coat collection could be curated in a museum dedicated to questionable taste and thrift store treasures. It seems Monty got tired of searching out suits in his size and went to jackets. It's not a bad idea - in theory. A sport coat is much more versatile and easier to fit. However when Monty wears them, it becomes a clash of epic clothing proportions. A personal favorite from this season is the mustard yellow window pane print jacket over bulky black trousers paired with a mustard yellow shirt and tie. Mustard was a popular color in the 1970's and works better as an accent colour and with less harsh neutrals like navy and grey to soften it. A jacket, shirt and tie of all the same shade just looks dated and ridiculous on the sidelines. The meticulous matching becomes a cheap Craig Sager outfit imitation. Sager at least wears different tones of one color rather than the same shade head to toe, which screams groomsman on a discount. There is nothing modern about Monty's competing prints or vintage styles because it's so haphazard and once again, it doesn't fit him properly. 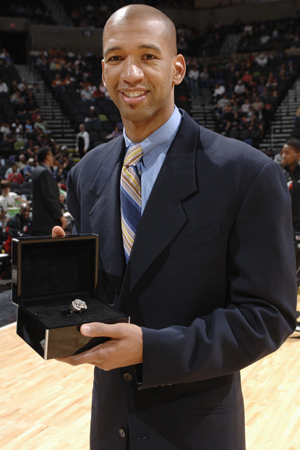 Monty isn't beyond help, he clearly has some flair and has his own personal sense of style. He has good instincts and has come close to getting it right when he keeps it simple. He needs to make friends with a local tailor who can show him that his clothes are malleable and can fit his imposing frame. Being in Louisiana, going with a well cut suit in lightweight fabrics would do wonders. A traditionally beloved Southern fabric like seer sucker in a modern cut would be appropriate and still Monty make a statement that would help him stand out from anyone else on the bench or even in the league. 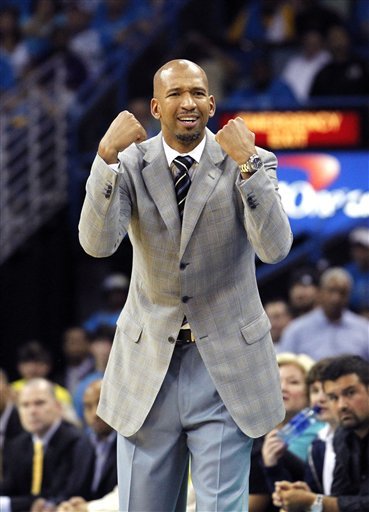 He should focus on a few bespoke, custom suits made of great fabric that travels well and is comfortable in the heat rather than a ton of cheap suits. If he wants to make an impact and change it up every game, he can switch out ties, shirts tie bars, cuff links, watches and shoes. The main thing to focus on is that with any wardrobe is building a solid foundation, much like an NBA team. If you draft well then you can spend money on a few special additions to build a total roster. In a good wardrobe, you start with a few good, well thought out suits and add in flashy accessories to make it your own. 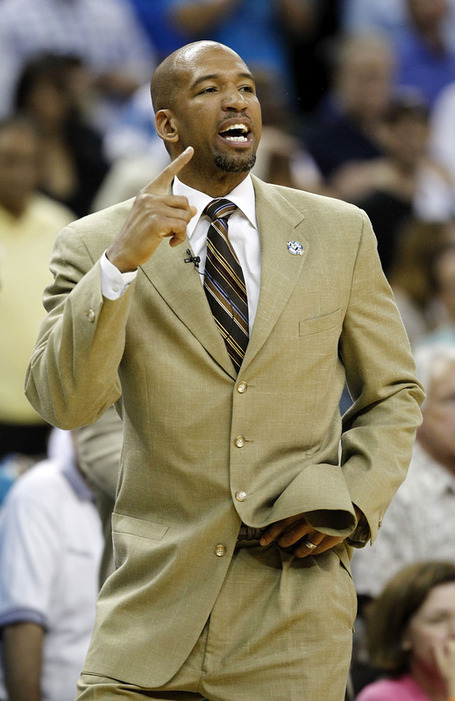 He can keep his signature sports jackets if they fit him properly - not every coach needs to wear a suit every game afterall. The key is buy coats that are classic in shape but still modern in fit. When it comes to colors and prints, the general rule is to keep patterns in the same color family and stick with one bold print and keep the rest tonal and less obvious. Finally, invest in a new mirror full length mirror and make sure Monty isn't color blind because honestly, that would explain a lot. Good luck next season, Mr. Williams, I'll be watching.