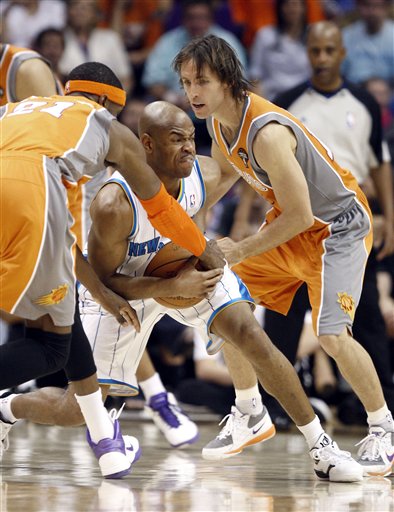 This season should be the end of an era for the Phoenix Suns; with almost $30M coming off the books in the Summer of 2012, the Suns are likely to watch Steve Nash and Grant Hill leave, barring a late change of course to a more Dumarsian team building strategy. New York would seem to be a perfect destination for the Suns' point guard though Nash, unlike certain other All-Star point guards, has refrained from making trade demands privately (and denying them publicly).

Last year, Phoenix struggled tremendously on the defensive end. The team ranked among the worst defensive rebounding units in the league and failed to prevent opponents shooting high percentages from the floor. Their historic offenses of the late 2000s also gave way to a less efficient incarnation in 2011.

Phoenix will need to rebuild before putting its next title contender on the floor, but when exactly that process will start is anyone's guess. For this season, the Suns could maybe challenge for an 8th seed but will likely be a one and done team if they do indeed make the postseason.

Check out Bright Side of the Sun for Phoenix Suns' coverage.