Share All sharing options for: Chris Paul on Family Feud: An Analysis

Chris Paul has frequently expressed an affinity for game shows; his prior credits include a really quite impressive appearance on NPR's "wait wait don't tell me" a.k.a. "The Oddly Informative News Quiz" and an apparent effort to get on an NBC show I've now forgotten the name of but one that, we may rest assured, almost certainly enables contestants to win ONE MILLION! (maybe) dollars for one reason or another.

Earlier this week, the Paul family's appearance on, heh, Family Feud aired on television. And while the last time I wrote a story is paralleled only by the last time I watched Family Feud (March 26th, 1997), some things - your favorite team's best player appearing on a game show, in this instance - just demand a revival from deep blogging slumber. And so.. to the analysis! 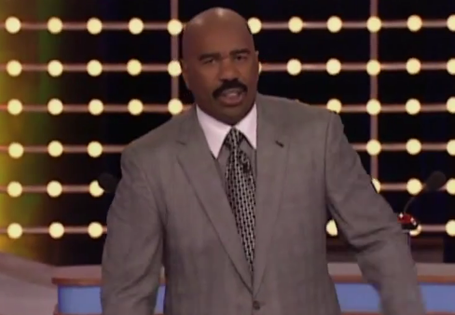 We open to a boisterous introduction from this man, who informs us that he is "our man, Steve Harvey," and "boy, does he have a good one for us today." Ah, we will be the judge of that. But a very clean look nonetheless from our man, Steve. At once, it is readily apparent that he will make this a fair contest IF there is no "foul" play from the contenders, but at the same time there will be no "free" rewards "thrown" around Willie-nilly. Much of this information one may glean from the content, color, and general condition of his mustache. 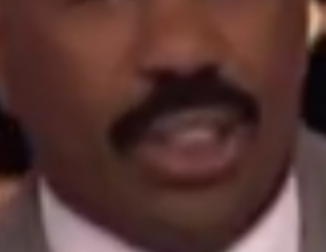 ... Observe the subtle taper into the dense centroid... 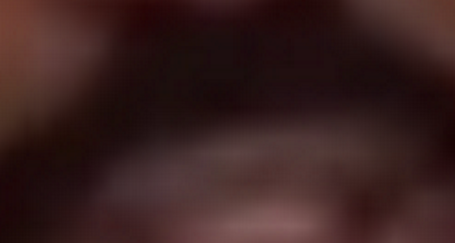 ... Examine the intense chromaticity of coloration..

Next, we come upon the central attraction of this particular episode of "Family Feud," to which our man, Steve owes, frankly, all the credit for the above inspection of his mustache. It's the Pauls! 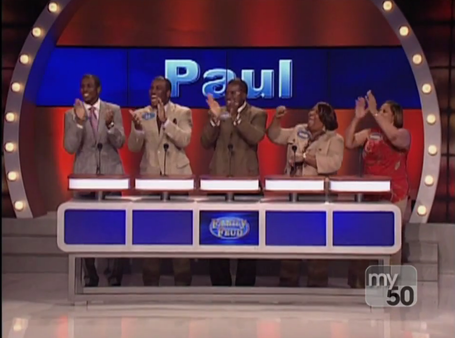 Excellent form all around. From right to left, we have a scene that may well have unfolded on a basketball court if our very own David Stern wasn't so busy selflessly dedicating his time and money to creating the best possible CBA deal for us. It brings a tear to my eye to see such sacrifice while all the money-hungry players and agents and handlers selfishly chase after "dollar dollar bills."

So Family Feud. On the far right, we see Chris' aunt? cousin? following through on a jumper, then Chris' mom with the subsequent fist pump, Chris' dad with the subsequent subsequent jersey collar pop, Chris' brother channeling his inner Brendan Fraser, and Chris himself channeling Willie Green, outwardly performing a nice professional clap but internally fuming because he was wide the #@!$ open.

our man, Steve next introduces the opposition, who immediately respond to the first question - "Name something that might get broken if a wife catches her husband cheating" - by screaming "HIS LEGS!!! YEAAAAAAAAAAAAAHHH!! WOOOOOOOOOOOO!!!" So you'll have to excuse me for being too terrified to post pictures of them.

The next question passes by relatively uneventfully as well, but it's the third question where the action begins. "Name something a man doesn't want the woman he's hitting on to know that he's wearing" is the question (it should be noted that these questions are nothing like the ones I remember from March 14th,1998) and after Chris' dad, his aunt/cousin, mom have answered, it's Chris' turn for his mini-interview with our man, Steve. 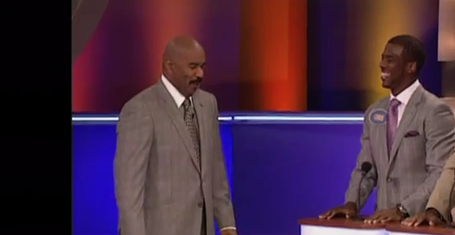 om,S: Well, I recognize you so we can stop that part..

om,S: One of the NICEST point guards playing ball today

And so the stage is set! Pressure! Clutch! Consitency! Ahhh!

The same question is posed once more:

om,S: Name something a man might not want the woman he's hitting on to know he's wearing.

C: You don't want her to know that you have on.. musk.

Needless to say, the Pauls go on to lose.