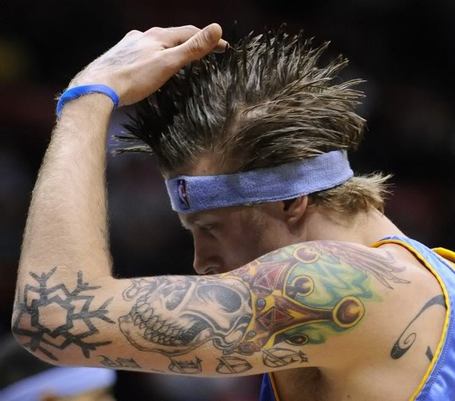 The big storyline is obviously that of Carmelo Anthony. In a nutshell, he wants to go to New York, New Jersey wants to trade for him, Denver prefers to trade with New Jersey, and Anthony wants to sign a deal with Denver before being traded to maximize his own payday. Complicating matters is the fact that Anthony can walk to New York this summer anyway, regardless of what the Denver front office does. Essentially, by winning their staredown with Anthony, the Nuggets could be shooting themselves in the foot.

On the floor, the team has been a disaster of late. They're still elite offensively, shooting well from the floor and getting to the line often. But they're awful defensively, allowing high field goal percentages and fouling often. Given New Orleans' sorry offense, this could be an ugly game for us.