Staturday: The Rise of Jarrett Jack

Share All sharing options for: Staturday: The Rise of Jarrett Jack

Bench play is the topic on every Hornets fan's mind these days. The team has struggled to receive consistent play from its second unit, in terms of shooting, rebounding, and lately, even defending. A personnel move may very well be on the horizon, with the NBA trade deadline around 6 weeks away.

But while the bench continues to be mired in mediocrity, Jarrett Jack has steadily trended upwards in recent weeks. After the jump, a closer look.

Let's start with an examination of Jack's two primary responsibilities as a point guard- creating shots for his teammates and taking care of the ball: 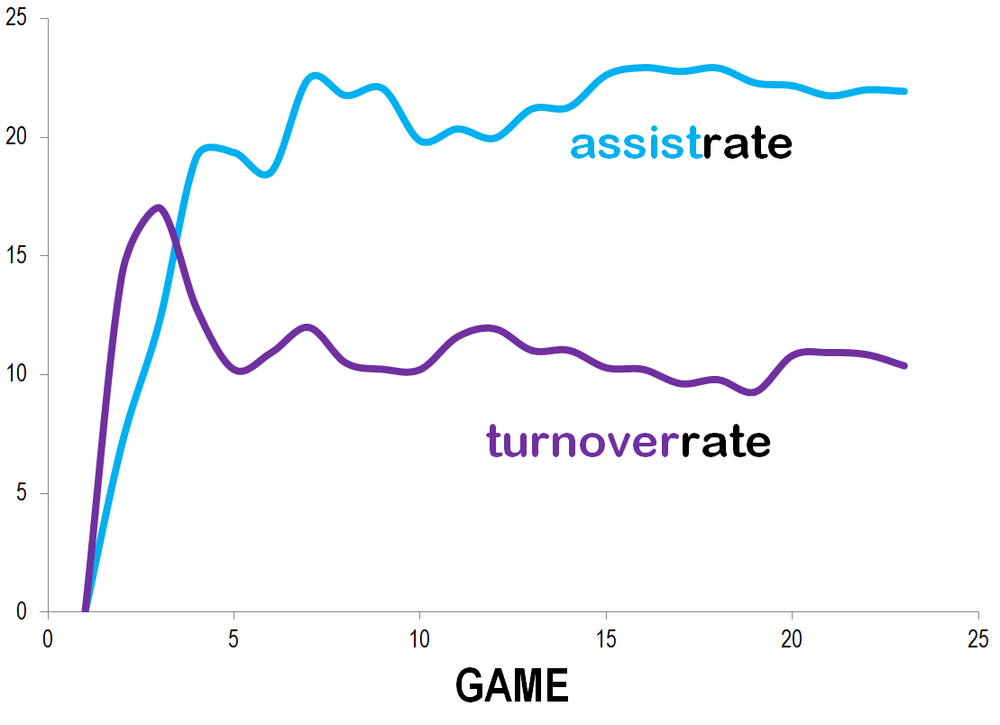 Obviously, the goal is to minimize the purple line and maximize the blue one. After a rough start to his Hornet tenure, Jack has definitely stabilized his turnovers and increased his assist figures. Historically, Jack has actually been a turnover prone guard (18% rate), but in New Orleans, he's turned the ball over on just under 13% of his possessions. Meanwhile, his 24.0% New Orleans assist rate is right on line with his 23.7% career average.

As a point of reference, Darren Collison is currently sporting a 25% assist rate and 15% turnover rate in Indiana.

Next up, Jack as a shooter: 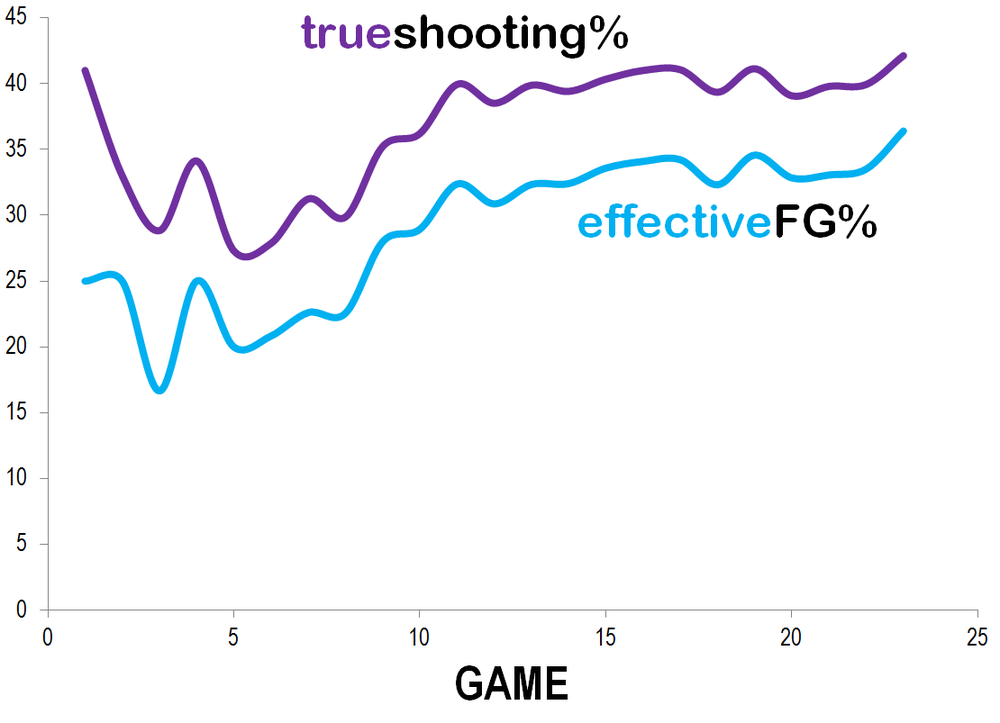 This is an area where Jack's percentages still lag heavily. A career 49.2% eFG% shooter, Jack sits at just under 38% right now. The graphs are clearly headed in the right direction, but Jack has a ways to go before things even out.

The next chart focuses on how Jack's role with the team has evolved since his arrival. 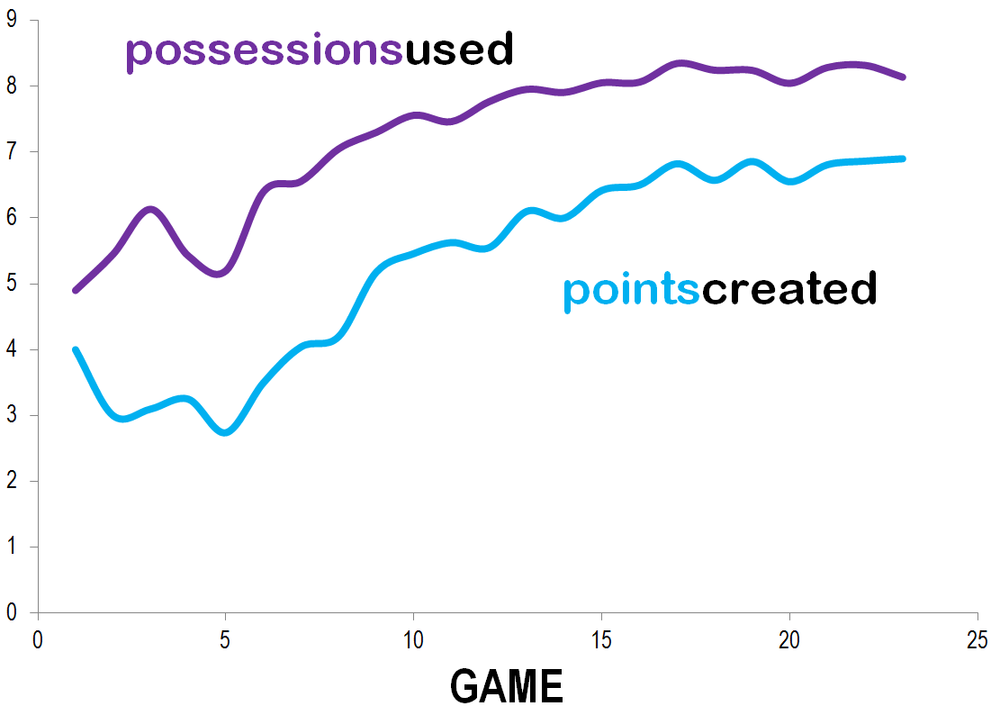 Monty Williams has gradually entrusted Jack with more responsibility in the offense. Since the initial lull period (games 1 through 5), Jack has been shooting and setting up teammates with increased frequency. As a result, the number of points he's created per game (through his shot, from the line, or via assists) has also increased at the same clip.

Putting it all together: 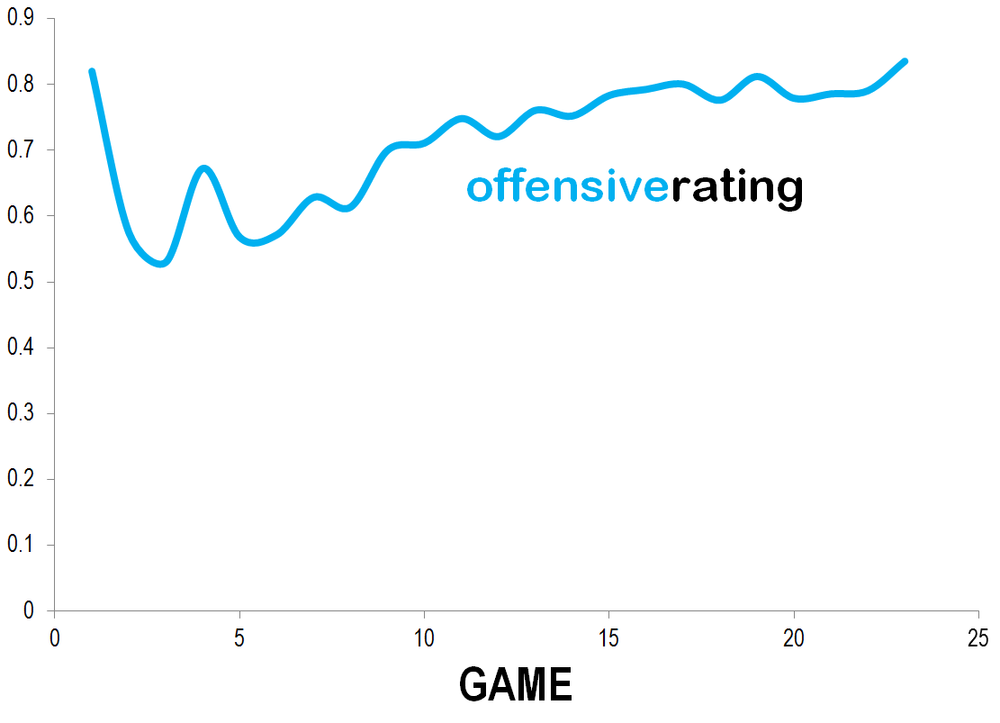 Jack's overall offensive efficiencies are still very poor. The above numbers aren't very different from those of Willie Green or Trevor Ariza. But again, as with the more specific statistics, Jack's overall efficiency is steadily trending upwards. If Jack's improvement continues, the Hornets won't have to worry about at least one of their backups.