Know Your Enemy: Part One

Share All sharing options for: Know Your Enemy: Part One

The Spurs have been a bit of a surprise this year. One always expects the Spurs to play well and win at least 50 games, but I don't think many expected them to be holding the #1 seed this far into the season, much less be on pace for 69 wins. The other part of the surprise is the way they are doing it. The Spurs have increased their pace of play and contrary to the "defense first" philosophy of previous years, it's the Spurs highly efficient offense that is getting the job done this season. At 111.6 points per 100 possessions, the Spurs are the second best offense in the NBA right now. Their ability on that end of the floor comes in large part from their ability to avoid turnovers. The Spurs turn it over on just 12.7% of their possessions and that's tied for best in the league. They do remain a solid defensive team as well, as they give up only 103.4 points per 100 possessions (eighth in the league), but defense is no longer the strength of the team. 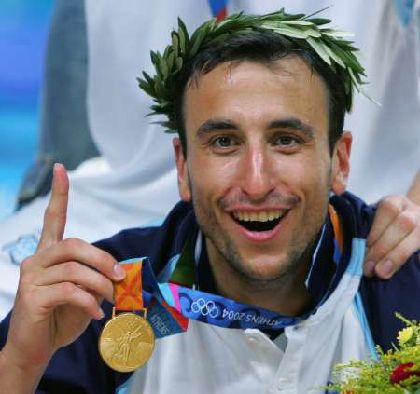 Perhaps the biggest reason for San Antonio's dominance has been the combined health of Duncan, Parker and Ginobli. Ginobli is playing about as well as ever has, putting up 21.5 points per 36 minutes to go along with 5.4 assists, 4.5 rebounds and 2.1 steals. Duncan's numbers are down due to both less minutes played and just natural decline, but he's still managing 16.8 points, 11.4 rebounds, 3.7 assists and 2.4 blocks per 36 minutes; these are still elite numbers by almost any standard. As for Tony Parker, after a down year last season, he's returned to his mid-2000s form. The Spurs have also seen some improvement from Richard Jefferson, and continue to see solid backup play from  DeJuan Blair and George Hill, not to mention newcomers Gary Neal and Tiago Splitter. The only real question surrounding the Spurs is whether or not they can keep it up. Will health become an issue? Time will tell, but the Spurs are not a team I'd like to see the Hornets face in the playoffs. The Spurs are 2-1 against the Hornets thus far this season, and their two wins have been blowouts.

There's been a lot of questions surrounding the Lakers recently, but make no mistake, this is still a team that can win it all. Yes, they've lost a few games they shouldn't have, and yes they've struggled to beat a few lesser teams. On the other hand, they just demolished Cleveland by a 55-point margin.

Like the Spurs, the Lakers have also flipped the script a bit, at least in comparison to last year. Last season's Lakers team excelled on the defensive end while this season's team is leading the league in offense by scoring 112.2 PTS/100 possessions. Like the Spurs, the Lakers have excelled at ball control, turning it over on only 12.9% of their possessions. The other part of their offensive dominance is their excellence on the offensive glass. The Lakers collect 30.2% of their own misses and that's third best in the league.

From an individual perspective, Bryant, Bynum and Gasol are all doing their usual thing. However, there have been some interesting developments. Shannon Brown has shown considerable improvement and has developed into a deadly three-point shooter. His 42.5% shooting from distance is among the league leaders. The Lakers have also benefited from the play of Lamar Odom, who's having his best year as a pro. Like always, Odom is doing a bit of everything- scoring, rebounding, passing, defending. The difference is that he's now doing it all at an elite level of efficiency. His Offensive Rating of 121 is far and away his career best, and ranks nineteenth in the league among players who've played meaningful minutes.

The big story with the Mavs this season has been the addition and resurgence of our old friend Tyson Chandler. Chandler is back to the level he played at in 2007-2008. However, the Mavs are struggling right now. They've lost six of their last eight as Dirk Nowitski has been sidelined with an injury and Caron Butler has been declared out for the season. 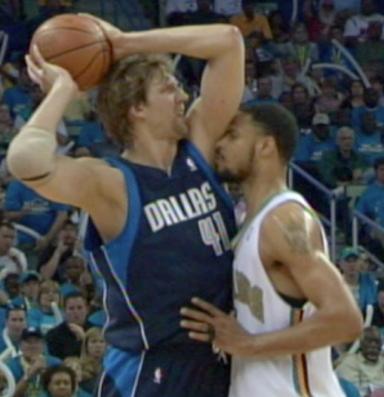 From a team perspective, the Mavs have been "good" on both offense and defense, but they don't excel in either category. They score 108.0 PTS/100 possesions and give up 104. That's good for an efficiency differential of +4.0, which is pretty solid and ranks seventh in the NBA. They are also the league's fifth best field goal percentage team, shooting 47.1%.

Ultimately, its going to be hard to judge this team until Dirk gets back, but one thing is for sure- they struggle mightily without him. Dirk will surely be back in time for the playoffs, but I like the Hornets chances in a series against Dallas. Tyson Chandler does give them a new dimension that the Mavs have lacked in the past, but I don't know that it's enough. It would likely be a more competitive series than the one in the 2008 playoffs, but I still see the Hornets coming out on top simply due to the fact that Paul generally excels against this team. The season series is tied at 1-1 for now.

The Hornets' demolishing of the Jazz earlier this season was a huge win for the team and its fans on a psychological level. For far too long the Jazz have been an albatross around the Hornets neck. Whether that blowout win means anything for the future remains to be seen, but I feel good about it. That said, the Jazz are once again a solid playoff-caliber team out West. Their MO this season is essentially the same as its always been under Sloan- play efficient offense and pretend to play defense by fouling a lot. To be more specific, the rank eighth offensively (109.8 PTS/100 possessions) and seventeenth defensively (107.6 PTS allowed/100 possessions). Their offensive strength is drawing fouls (.252 FT/FGA, fourth best in the league). Defensively, they simply put other teams on the line too much to be a good defensive team, although they are decent at forcing turnovers and holding their opponents to lower shooting percentages.

Individually, Deron Williams is leading the team and is having another great year. His PER of 22.9 is a career high for him and he's taken on a bigger scoring role this year without experiencing a drop in efficiency. The Jazz are also getting good production out of the Paul Milsap/Al Jefferson frontcourt and they've benefited from the return of Andrei Kirilenko.

As for a potential Jazz/Hornets playoff matchup, it's hard to know how that would go. History suggests it wouldn't go well, but this is a different Hornets team from year's past. We should have a better feel for this matchup once the Jazz and Hornets finish their season series.

We'll look at the rest of the playoff picture in Part Two.