Share All sharing options for: Game 39: Hornets vs. Magic 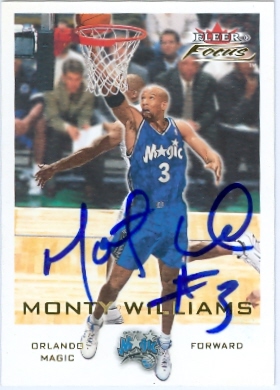 Since their deals with the Washington Wizards and Phoenix Suns, Orlando has been looking on the up.

The Magic were playing tremendous defense even before the deal; at this point in the season, they rank as the NBA's 4th best overall defense. They're the only team in the league with a higher defensive rebounding percentage than the Hornets, and that meshes well with their excellent field goal defense. While they don't force too many turnovers, they don't put opponents on the free throw line often either.

The offensive side is where they'll continue to benefit from their recent additions. And when you think about it from simply a personnel standpoint, it makes perfect sense. They replaced one of the league's worst backup point guards, Chris Duhon, with a historically efficient player in Gilbert Arenas (though Gil hasn't exactly lit it up in Orlando so far), and Jason Richardson is an absolutely perfect fit.

Overall, Orlando may very well have thrust itself back into the Eastern Conference title chase, even if their long term flexibility remains questionable.