Okay, glad we got all those sweet, original puns out of the way. 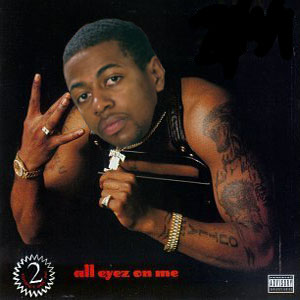 Jump forth, my friends!

Born in Philly, Philadelphia, Mustafadeen Abdush Shakur played basketball at Friends' Central High School. As a high school senior in 2002, Shakur was among the more celebrated guards in the country. Rivals.com had him listed as the 4th best point and the 12th best player nationally. If you follow that last link, you'll notice the face of this fellow, who happened to be rank the 3rd best point and 14th best player nationally that summer. Not much else stands out on that Rivals page (other than that they list his high school GPA at 2). Shakur was pretty heavily recruited and eventually committed to the University of Arizona.

At Arizona, Shakur started 129 out of 131 games in his four years. He played alongside Marcus Williams (a Dell Demps project with San Antonio), Salim Stoudemire, Channing Frye, Andre Iguadola, Chase Budinger, and Jordan Hill, among others. When Shakur entered the NBA draft in 2007, Draft Express ranked him the 11th best prospect in the Pac-10, ahead of eventual draftees Williams and Aaron Brooks. And now, time to quote liberally from DX's Shakur profile in 2006:

At nearly 6’4, he has as much size as any point guard prospect in this year’s draft. Combine that with his quickness and length and we’re talking about one of the more intriguing physical specimens in this draft. With the ball in his hands, he’s shown to be capable of doing a capable job at times of running a talented team... His length allows him to play even bigger than his size, and he shows potential to develop into a shut-down defensive type down the road if he can find a way to maintain his focus throughout the game and an entire season, which hasn't really happened yet.

DX described his biggest weaknesses as his outside shooting, his tendency to turn the ball over, and his (low) weight (at the Draft Combine in 2006, Shakur had a 4.6% body fat content measurement).

Shakur eventually went undrafted, bouncing around various Summer Leagues and preseason squads (he was actually on the Sacramento Kings' roster on opening night, November 1st, 2007, when they played the Hornets). Unable to catch on anywhere, he took his talents to South Europe, specifically Spain and Greece, but also Poland. The vast majority of available Youtube footage of Shakur seems to come from his time there. Then, in November 2009, Shakur was drafted (1st pick, 2nd round) by the NBDL's Tulsa 66ers, affiliated with Oklahoma City.

The 66ers play in the same conference as the Austin Toros, formerly general managed by Dell Demps. In three games against Demps' Toros, Shakur averaged 13.3 points, 6.7 assists, 4.0 turnovers and 5.0 rebounds on 47% shooting. So it's safe to assume Demps saw a whole lot more of Shakur than just those three games; they really aren't an accurate reflection of the terrific season he had. Here's his full advanced D-League line:

Obviously, it's trough to predict how those stats will translate over. He'll have a totally different role in New Orleans than the 24% usage, 14 shots a game he was getting in Tulsa. Nevertheless, it's an encouraging line. Shakur finished second in the D-League in win shares, and the two most troublesome aspects of his game- shooting and turnovering- appear to be mostly under control. Draft Express' recent Orlando summer league report would seem to confirm this:

He's a considerably better shooter than he was as a collegian, improving his mechanics and forcing teams to respect his range in catch and shoot situations. His improved range and confidence off the dribble have opened up his floor game. Showing a knack for playing with pace, seeing the floor better, and making much better decisions with the ball than he did in the past thanks to his increased maturity level and basketball IQ, Shakur is a clear-cut NBA caliber player when you factor in his outstanding physical tools.

So there we have it. Minus a truly outstanding training camp, its still highly doubtful Shakur starts the year as Chris Paul's number one backup. But there's certainly a lot to like in his game, even ignoring the name (which is, frankly, unpossible). Picture us rolling.