For now, it appears that Chris Paul will not be leaving New Orleans. But for the Hornets, a star player's departure would be nothing new. The loss of Chris Paul would obviously be huge since he's not only the best player in the franchise's New Orleans tenure, but also in team history. Let's take a look back, though, at the biggest names the Hornets have lost in the past, and how accomplished they were, prior to departure. . 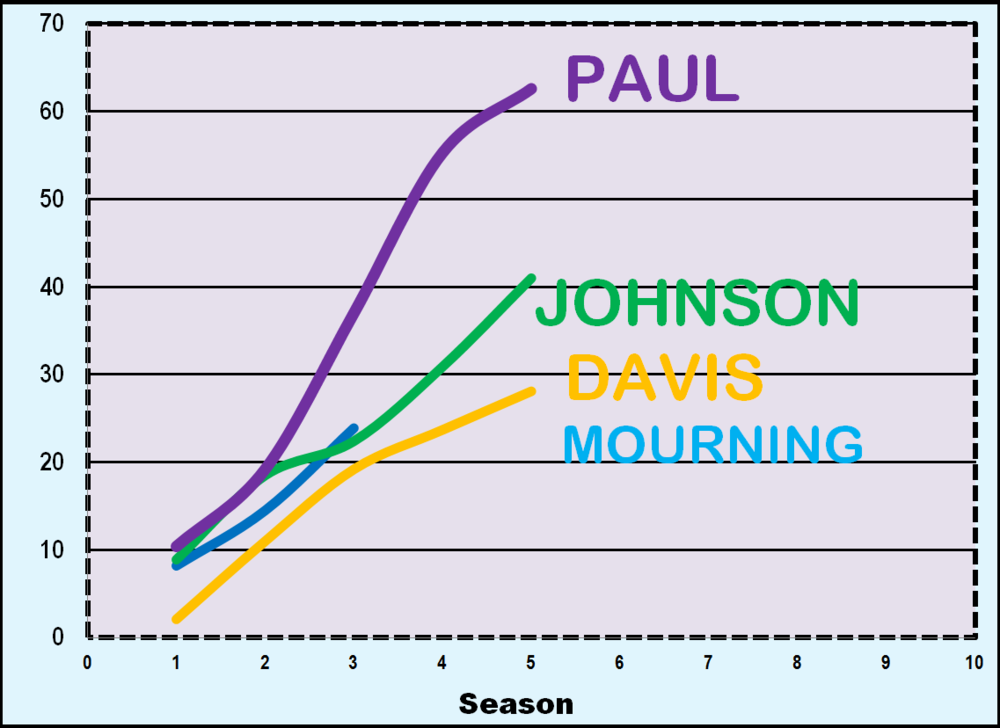 Random bullet-thoughts, because I started this post way back a few hours ago, but am now hilariously sleepy: