[ed. note- Thanks to At the Hive member 'Brian Ball' for this post introducing the Hornets' new owner. He'll also be posting later this week about the value of an owner's net worth vs. expected team salary and wins.]

With Gary Chouest set to be announced as the new majority owner of the New Orleans Hornets this week, the Hornets are moving from a very public figure as their owner to one that is far more private. Though Chouest is deeply involved in Louisiana basketball, business, and politics, he remains a private individual who generally refrains from speaking to the press or releasing statements. As a result, we have to piece together information about Chouest to get a sense of who he is. But there's enough information available to begin to paint a picture - he's a fabulously wealthy basketball fan who is entrenched in the Louisiana business and political scene.

Gary Chouest is deeply invested in the game of basketball. He and his sons played basketball in their youth, and one of his sons, Ross, won the Louisiana 5A state title playing for South Lafourche before going on to play at LSU and Georgia Tech. Chouest has been a strong booster of professional basketball in New Orleans, holding courtside season tickets every year since the Hornets moved to town. Previously, he has tried to purchase the Minnesota Timberwolves and bring them to New Orleans. And when the future of the Hornets was uncertain in New Orleans, he bought 25% of the team to try to keep them in the city. Clearly, we won't have to worry about the Hornets leaving the city with Chouest at the helm.

The biggest difference between Gary Chouest and George Shinn is money. Whereas Shinn was merely exceedingly wealthy, Chouest is filthy rich. Shinn is worth around $100 million, but Chouest is a billionaire. Exact sums are difficult to peg down, but insiders say Chouest's net worth is "easily 10 digits," meaning he's a billionaire with plenty of room to spare. He's made his wealth from his family's ship-building operation, Edison Chouest Offshore. Edison Chouest was founded in 1960, when Gary's father, Edison, a shrimper by trade, began using his shrimp boat to service oil rigs. Now, Edison Chouest has grown to an international company with over 7,000 employees, over 150 ships, and operations in Houma, Larose, Gulfport, Tampa, and Brazil.

Since beginning as an offshore oil and gas servicing company, Edison Chouest has expanded into shipbuilding and ship repair, building advanced research ships for the US Government and state of the art ships able to navigate icy Alaskan waters for Royal Dutch Shell. They have shipyards throughout the Gulf Coast, purchasing an enormous shipyard in Tampa in 2008.

Here's the problem - Edison Chouest is privately held and is presumed to be owned entirely by the Chouest family. Since it isn't public, the company doesn't release financial statements, so it's difficult to calculate the value of the company, and even tougher to calculate Gary Chouest's net worth. They released in 2004 that revenues totaled $361 million, a figure that has increased enormously since. They have captured about 40% of the shipbuilding market in the Gulf Coast, a figure that makes them the largest firm in the market. Their biggest competitor is Tidewater (TDW), a company that is smaller than Edison Chouest but is publicly traded. They have annual revenues of $1.25 billion and are valued at $2.63 billion. Other companies in the market have similar revenue to market capitalization ratios. Since Edison Chouest is estimated to have revenues between two and three billion dollars, we can expect that the company is worth between four and six billion dollars. Let's just call it $5 billion for the sake of simplicity. 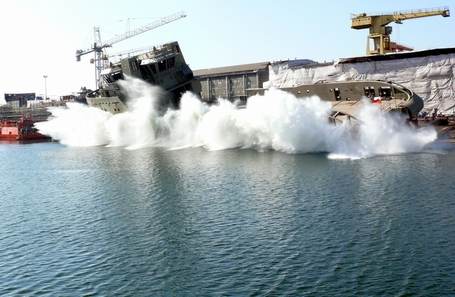 That doesn't mean that Gary Chouest is worth $5 billion. When Edison Chouest died in 2008 at the age of 91, he probably left the business to his three sons, Gary, Laney, and Edison Jr. All three boys worked in the business when they were growing up, but Gary was chosen to run the company when Edison stepped down. So Gary probably owns at least a third of Edison Chouest ($1.6 billion), and probably has investments that total several hundred million. He's worth, at a bare minimum, $2 billion. He very well could be worth a lot more - the company is likely worth far more than $5 billion, the CEO probably has a higher share of the company than his other two brothers, and Gary probably has enormous sums of money in investments and capital. To put his wealth into perspective, he's worth anywhere between Mavs owner Mark Cuban ($2 billion) and Blazers owner Paul Allen ($13.5 billion).

Gary has been incredibly generous to charitable organizations and political campaigns. Chouest is a strong supporter of Gov. Bobby Jindal, and his companies and close relatives gave $132,500 to Jindal's campaign over 2007 and 2008. Gary is the biggest donor to federal elections in the State of Louisiana, and most of his money goes to Republicans. He and his family have given thousands to almost every single major Republican on the national scene, from John McCain to George W. Bush to Trent Lott.

In the past year, Gary has given the maximum yearly contribution to most Louisiana Congresspeople and has given thousands to Alaska Sen. Lisa Murkowski and Alaska Rep. Don Young, the legendary king of pork-barrel spending. An unlikely recipient of Chouest's largesse is Elijah Cummings, a Democratic congressman from Maryland. He seems out of place in this cavalcade of Republican candidates and organizations from Louisiana and Alaska. A quick trip to Rep. Cummings's Wikipedia page provides some insight: he's the Chairman of the House Subcommittee on Coast Guard and Maritime Transportation, and as such would be in charge of doling out Federal shipbuilding contracts. 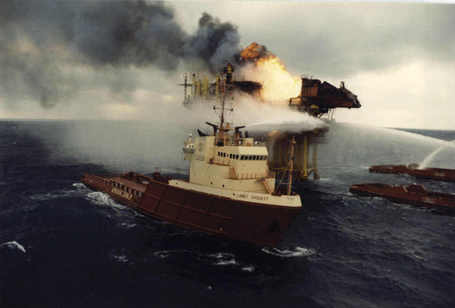 Although he gives almost exclusively to Republicans outside the state of Louisiana, Gary Chouest tends to give the maximum political contribution to both candidates in Louisiana Congressional races, giving to local Democrats as well as local Republicans.

Gary Chouest's massive campaign contributions brought him some unwanted publicity in 2008, when Jindal's first state contract for economic development went to build a new shipyard for Edison Chouest. The incentives provided by Louisiana amounted to more than $10 million, and many critics derided the contract as an example of legalized corruption. However, Jindal aides pointed out that the contract had been in the works since 2005 and had been largely crafted under the Blanco Administration. Nonetheless, the controversy placed an unwelcome spotlight on Edison Chouest and the campaign contributions of Gary Chouest.

Chouest also gives back to the community. In 2009, he spent $100,000 on a Civic Center in Larose, and in 2008 he gave $100,000 to the College of Business Administration at Nicholls State University. Born and raised in the Bayou, Chouest has done great things for the region. His company is one of the largest employers in the region and was a stabilizing force in the Louisiana economy after Katrina. While other companies have moved their shipbuilding operations overseas, he has kept jobs in Louisiana. 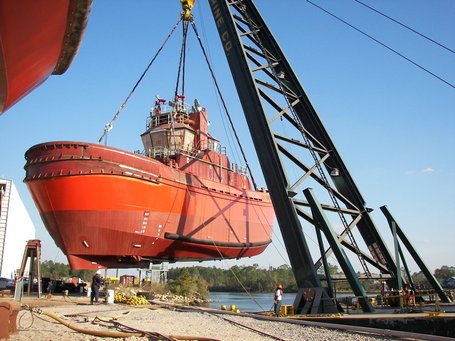 Though Gary Chouest is extremely private, he seems to be a larger than life figure. One of the richest men in the world, he is a force in his local community, in basketball, and in Louisiana politics. With Gary as owner, the Hornets finally have stability. They will remain in New Orleans for the foreseeable future, and Chris Paul isn't going anywhere. It will be interesting to see how Chouest handles his step into the limelight - will he become a reluctant figurehead for the franchise, or will he remain reclusive and aloof? Will he invest more heavily in the front office? Will payroll increase under his leadership? Most importantly, will his tenure lead to more wins, a routinely sold-out New Orleans Arena, and championships? Only time will tell.

The Hornets have ended a long period of instability and uncertainty and are beginning a new and hopeful chapter in the franchise's history.