Share All sharing options for: A History of Hornets' Draft Lottery Performances

I'm working on a couple of long posts, so you'll have to settle for a quick one today. With the draft lottery only three days away now, I thought it'd be interesting to look back at each of the previous times the Hornets have been in the lottery.

After the jump, find the graphical version of this table (you didn't think you were escaping without a graph, did you?) 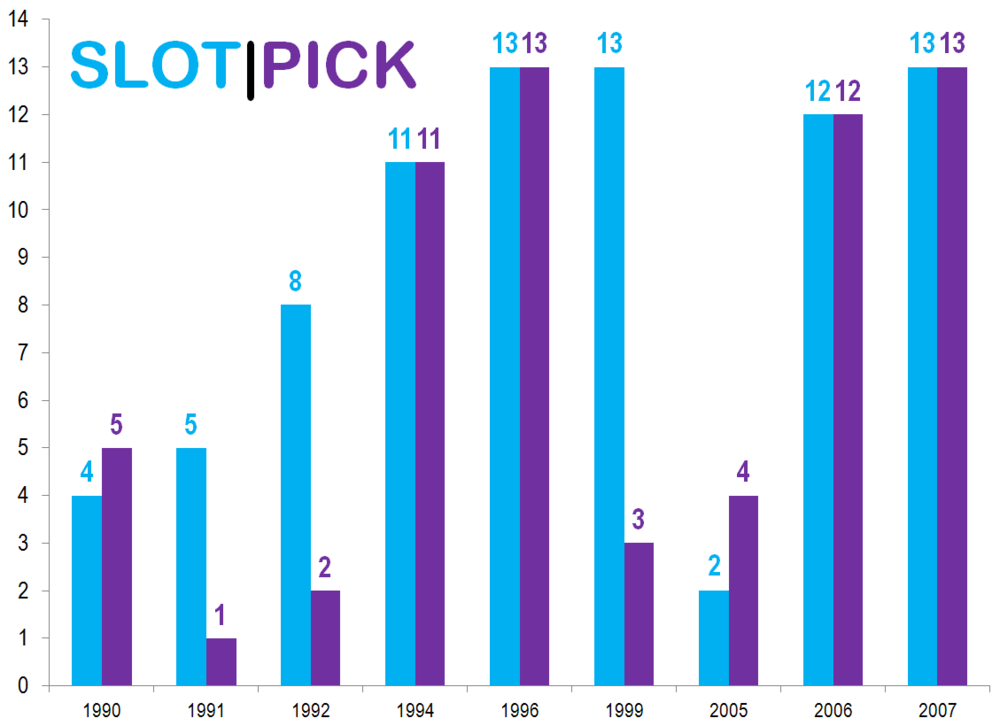 The draft slot essentially refers to the Hornets' place in the standings, in reverse order. Some points of note: