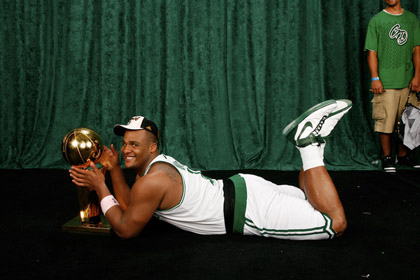 Fresh off the Lakers, the Hornets get the Celtics. They also get the Wizards on the New Year's back-to-back tomorrow. Yay.

Boston has had a very good November/December to begin the season. Rajon Rondo played the best ball of his career when he was healthy (and may or may not return tonight), Ray Allen's shot has recovered a bit after a down year in 2009-2010, Paul Pierce's efficiencies are trending upward for a second straight year, Kevin Garnett has had a revival on both ends of the floor, and Shaquille O'Neal has produced in a way few envisioned.

This is a deep team with championship experience that will be there till the very end against the Heat and Magic.