Share All sharing options for: Trevor Ariza: A Defense

Given the way Trevor Ariza has played this year, yes, this is rather ambitious. But hopefully, at the end of this comprehensive look at Trevor Ariza's first 28 games, it will all make a little more sense.

Let's start with the area we're all familiar with- offense. Ariza simply isn't efficient from most areas of the floor. To begin, here's a look at where his shots generally come from: 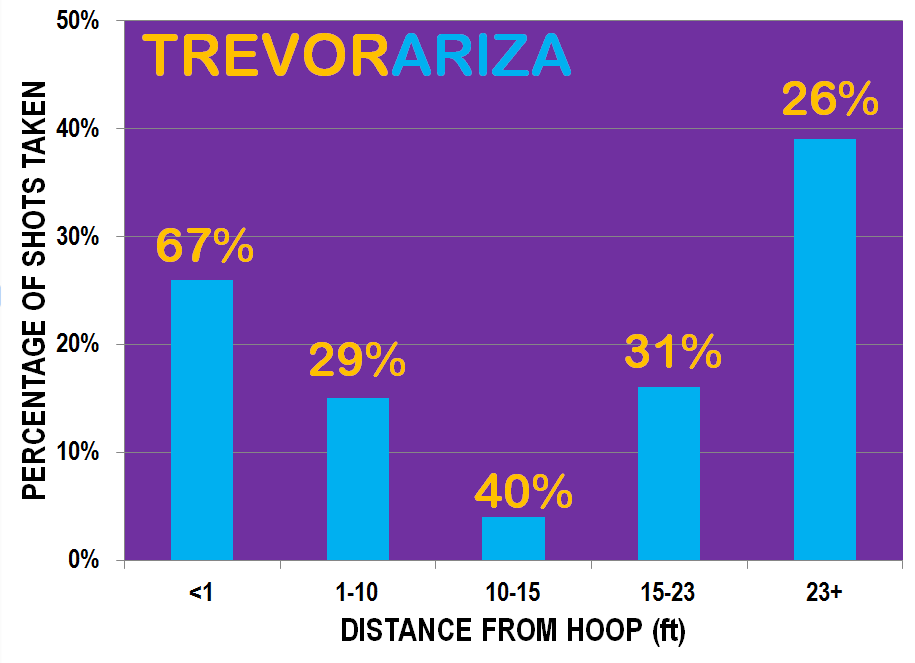 The yellow (sorry, creole gold) numbers atop each bar represent Ariza's field goal % from that specific location. The bar heights themselves represent the percentage of total shots taken from that location. A breakdown of the breakdown: