Share All sharing options for: Game 26: Hornets vs. Jazz 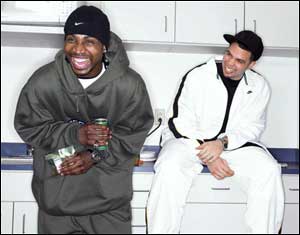 26 games into the season, the Utah Jazz are rolling strong. Basketball Reference's SR system indicates that the Jazz are probably a top-6 team in the early going, and I can't disagree with that. While Al Jefferson's play has continued to be down a tick, relative to his Minnesota days, the emergence of Paul Millsap continues. He's rebounding like a center, scoring with tremendous efficiency, and is even finding teammates without turning the ball over.