Share All sharing options for: Game 25: Hornets vs. Kings 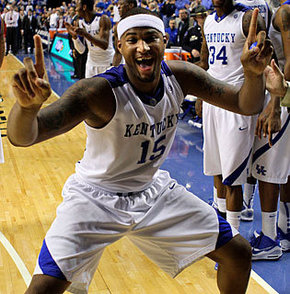 It's looking more and more like a lost season in Sacramento. Perhaps most people won't be surprised by that, but I really did envision a 30+ win season for the Kings. A variety of factors have conspired against them. The big one, of course, is the hurt/ineffective play of Tyreke Evans who, after creating 107 points per 100 possessions last season, is at an awful 94 this year (for reference, 2010-2011 Willie Green, 2009-2010 Devin Brown, and career Hilton Armstrong are/were at 95, 97, and 97 respectively).

At this point, Sacramento has lost 16 of their last 18 games and feature the conference's second worst point differential (-7.0).

In any case, our horrific stretch of offensive incompetence certainly originated in Sacramento. On November 21st, a 10-1 Hornets team (that was averaging 93 points per night) scored just 75 points. New Orleans barely squeaked out with a four point victory. In subsequent days, the Hornets lost to the Clippers, got destroyed by Utah and San Antonio, and the rest is, erm, yeah.

What did Sacramento do so well that night? For one, they shut down Chris Paul (2 for 12 despite 14 assists). But more importantly, they completely denied the post. Donte Green and Samuel Dalembert finished with a combined seven blocks. Every Hornet attempt in the paint was aggressively challenged, and Emeka Okafor and David West simply couldn't find a way to respond (in the paint. DX eventually closed the game from range). Eventually, Sacramento's proclivity to cough the ball up cost them the game (Luther Head turned it over almost once every two possessions used, and the team finished with 21 turns in a 90 possession game).