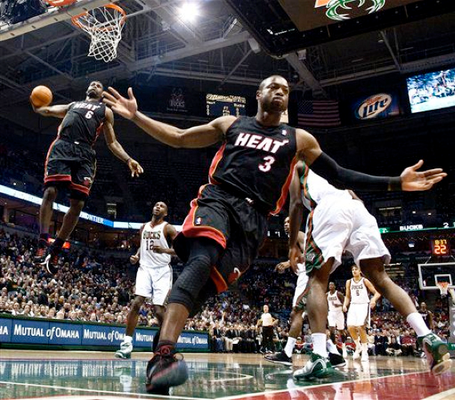 Are the Heat who we thought they were? Probably. After a terrible start to the season, Miami has now won eight games in a row by an average of 19 points per game. They return home tonight after finishing up a four game Western Conference road trip.

Keys to the Game

The odds are against us tonight. Miami has the league's 5th best offense, and they're extremely well balanced. They score efficiently from the field, they get to the line often, and they take good care of the ball. Defensively, they're the league's second best team, ranking behind only the Boston Celtics.

If they have one weakness offensively, it's offensive rebounding. New Orleans is the best in the Western Conference at defensive rebounding, so we absolutely have to make sure we capitalize on that advantage. Defensively, the Heat have a tendency to foul quite often. The Hornets do not do a good job of getting to the line in general, but we're going to need to in order to have a shot at winning this game.