Finally, here's a cool graph via the APBRmetrics board documenting how offensive efficiency changes as the season goes along: 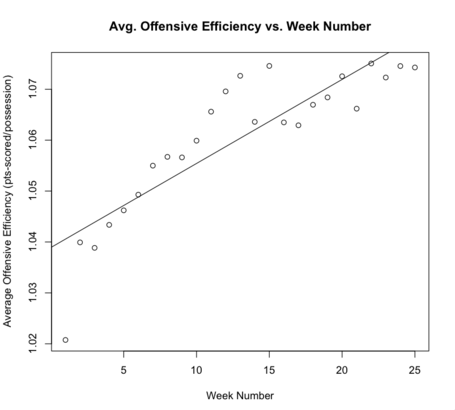 No, it doesn't necessarily mean that the Hornets will get better. It's league wide, but may very well be a reflection of how teams start to gel offensively as the season goes along. Maybe. One may question why defenses don't "gel" the same way. In any case, let's hope the Hornets experience a similar upward trend as we move forward.