With three days off until the Portland game, the Hornets finally get a chance to catch their breath.

Fortunately, it appears Monty Williams, Chris Paul, and the rest of the team understand this. After the jump, a look at where we're headed. 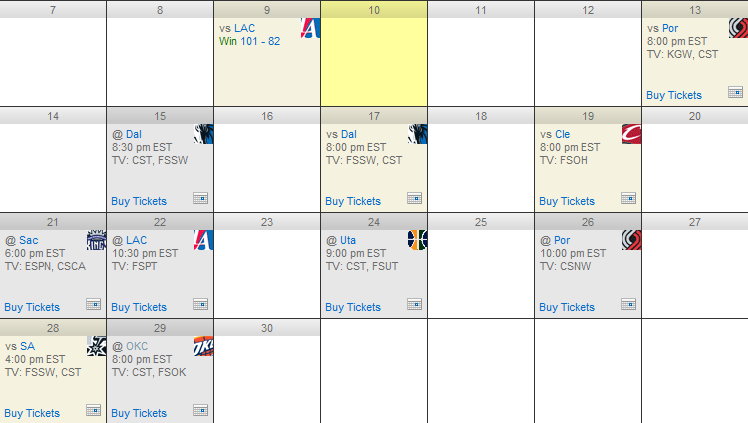 Brandon Roy has been hurting for Portland, but the Blazers still feature one of the league's best offensive attacks. Dallas is, again, one of the deepest teams out there. Tyson Chandler is having a revival defensively, and his return to New Orleans will come a day after the Hornets play in Dallas.

The Hornets get a breather when they face Byron Scott's Cavs next Friday. But that's part of the build up to a 3 games in 4 days stretch. Thankfully, none of the three teams are very good (though Sacramento might present some problems). Then comes the gauntlet. New Orleans is at Utah, at Portland, home for San Antonio, and at the Thunder.

So what should we expect as a baseline? Personally, I like projecting a range of expected wins over upcoming games and seeing if the team matches that. I know some fans go with the "win a game at a time" approach. Which do you prefer? And if you're on the looking ahead side, how many wins would you happy with through the next 10?