SBNation and Samsung have collaborated on an advertising scheme where, if bloggers write three posts on "technology," we get kicked a little cash. Full disclosure: I like cash.

There have been many, many innovations in just the last ten years that have totally changed the way we follow sports. In the 90's, I'd look up the Charlotte Hornets in the newspaper box score every day, and that was pretty much it. In fact, outside of the still-images on my Hornet trading cards, I don't think I ever actually saw a Hornet player (on TV, etc). for the first five or so years of my fandom. (Yes, in retrospect, this seems insane to me too).

So in the spirit of technology (the technology of... cameras), here are some of the best pictures from Opening Night in New Orleans. 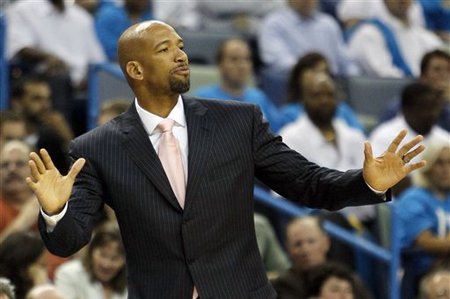 Here, Monty Williams poses for a camera. Note how the camera that took this picture is not, in fact, the one for which he posed. 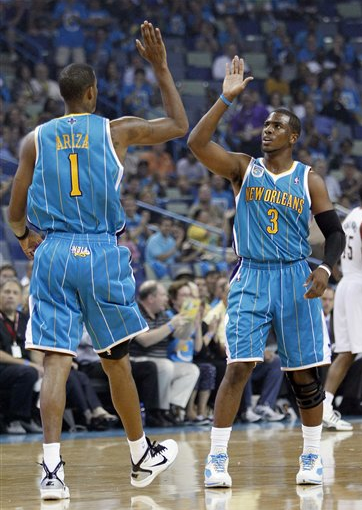 Trevor Ariza and Chris Paul coordinate their high five to be exactly 2.32 feet from culmination at the moment the shutter closes. 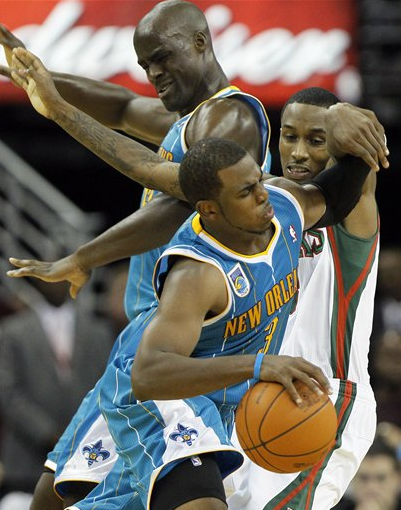 On the ninth take, all involved parties finally nailed their respective facial expressions. Before you go off saying Brandon Jennings still looks bored, let me just say it's a good thing you couldn't see the sausage being made. Wait, what? 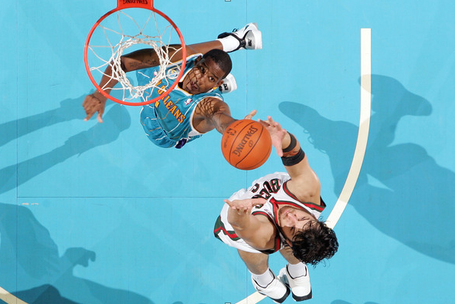 This picture was taken from a geostationary satellite through a little known hole in the roof of New Orleans Arena. Note the shadow cast by the satellite's robotic claw in the lower left. 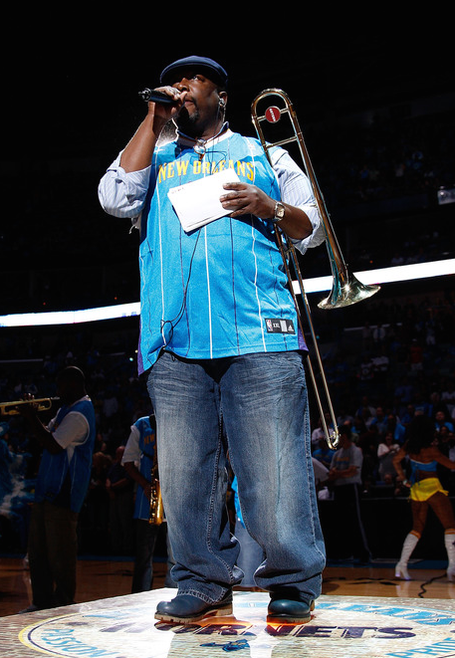 The Bunk himself, as captured by A Camera.