Share All sharing options for: Magic vs. Hornets: Preseason Recap

Well, that went poorly. The Hornets looked out of sync offensively and were absolutely putrid on defense. The only bright spot was that the game was in the preseason. But the problems it exposed might carry on into the regular season. Take the jump, but remember – this hurts me more than it will hurt you. 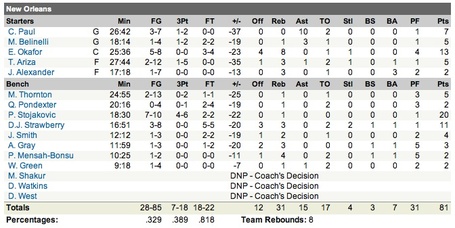 And now, sadly, for the massive amount of lowlights:

That's all I'm willing to say about this game. Give me reasons to back down from the ledge in the comments.