Share All sharing options for: Some Last Second Analysis

Three guys I didn't talk much about- Tyler Hansbrough, Darren Collison, and James Johnson- are being linked with the Hornets, just hours before the draft.

Where do they fit on the spectrum I described a couple days ago? 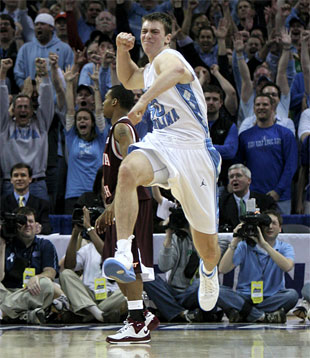 I mentioned briefly that his rebounding numbers were mediocre. That's still true. It's obviously a real flag for a guy that's known for grit. He doesn't block shots, and he has no wingspan, two more knocks against the hustle theory.

But what's he good at? There has to be some reason why so many people are high on him, right? Right. To me, while "grit" is the word everyone uses to describe him, a lot of teams think his scoring abilities could be for real. And though his floor percentages and his range are mediocre, this could very well be true. The reason is his ability to draw fouls. I can't believe I didn't see this until today, but here are his free throws attempted/possession in a four year college career: 52%, 55%, 54%, 53%. That's super consistent, and way, way better than any other prospects available to the Hornets (it's actually way better than most anybody in the draft, if you're wondering). Of course, as with Ty Lawson, you have to wonder how much the UNC system influenced this. The bottom line is I still wouldn't move him above the Blair/Lawson/Thornton/Maynor/(Daye?) range. But if he is our pick, getting that foul drawing ability at #21 wouldn't be a bad haul. 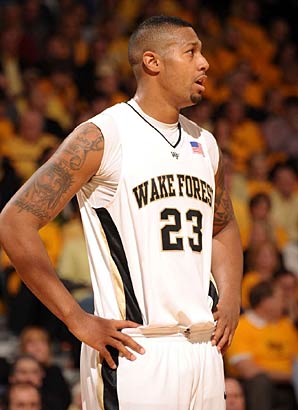 The reason I didn't talk about Johnson earlier was that most mocks had him in the 10-15 range. But he's been slipping as of late. This is more because other prospects are moving up, not due to any missteps by Johnson.

At first glance, he doesn't really fit a need. He's projected to be a SF/PF- which was what David West was projected to be- but he doesn't have West's bulk or even height. I'd be surprised if he is not entrenched at small forward a couple years down the line. His biggest attribute is that he's creative in terms of scoring. He has nice little flip shots with either hand from a good five to six feet, and this is evident in a 57% effective percentage. He doesn't really have range, but he has good ball skills overall. The downside is that he does not draw fouls effectively. At 24% last year, he posted a rate less than half of Hansbrough. He doesn't bring the rebounding ability that West did either. I can't imagine New Orleans is looking at Johnson seriously. He feels redundant and seemingly doesn't bring very many new skillsets. 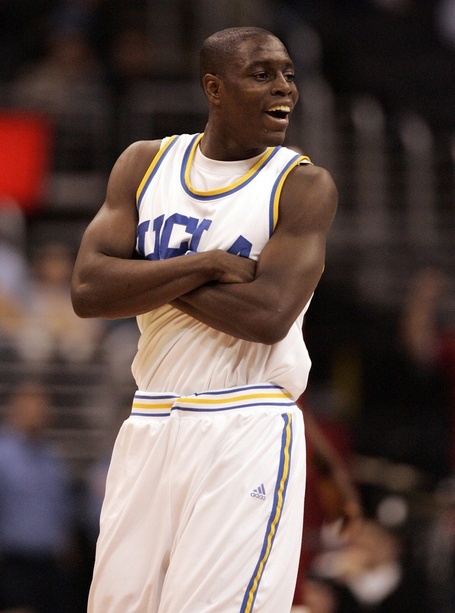 Collison was a guy I loved but didn't talk about since he seemed behind the Hornets' range. But I saw a post on HornetsReport today- "As for my friend in player personnel in NO, he is still very confident that Collison will be the pick but they are going back over the tape on Blair as they are starting to think he is a guy who might be there unexpectedly like Julian was." I don't know if it's true or not, but I guess it could be.

Collison played starting point guard at UCLA the last two years, but for the second year in a row, the guy who played alongside him will be drafted ahead of him, as a point guard (last year- Westbrook, this year- Holiday). He's got very strong fundamental skills. He was one of the top passers in college basketball at a nearly 40% assist rate, and though he had a high 20% turnover rate, I think assist:turnover ratio is a more important statistic in college basketball than turnovers alone. He shot a wild 52% from three last year, before dropping to 40%. He draws fouls at a substandard 30% rate, but he wasn't required to be much of a scorer in his offense. The added bonus is that he's an excellent defender. We've seen some terrific defenders come out of UCLA in recent years- Ariza and Mbah a Moute come to mind- and I think Collison could be great in the NBA.

Collison would be a reach at #21, for sure. If he is indeed the target, the Hornets were foolish not to get a deal done with Portland, who had too many picks for their own good. But Collison's stock may not be reflective of his value, and this would be a highly safe pick.