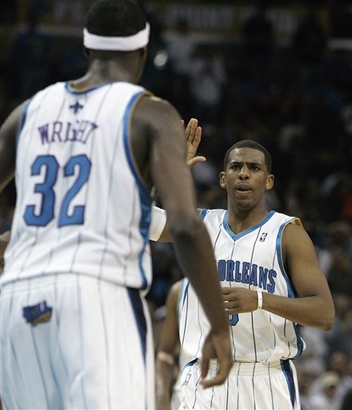 Let's not kid ourselves: had we loss to a Thunder team with both Durant and Green riding the pine in suits we all would have started panicking about our chances in the post season. Thankfully, we don't even have to go downt hat road.

But the Thunder certainly didn't make it easy, with Russell Westbrook leading what was left of their roster through three solid quarters of basketball. But in the fourth quarter, the Hornets came alive and blew open the lead, sealing their seventh victory in a row.

CP contributed the fantastic line of 21 points on 10 for 16 shooting, 13 assists, 6 rebounds, and 6 steals in only 36 minutes of play. He did commit 5 turnovers, but truthfully, most of them came on bad lobs for alley-oops and crazy no-look passes in the lane (he twice faked his own teammates). Not that turnovers off these kinds of plays are more forgiveable, but it's nice to know he wasn't just losing control of the ball. He was merely trying to make the highlight reels.

The other starters all put up great numbers (Dx went 14/12, TC went 12/8, and Rasual went 20/4), but it was Peja's stand in, Julian Wright, who challenged and defeated Paul for the title of "highlight reel of the night." JuJu played out of his mind, matching a career high with 20 points (on 8 for 10 shooting) and also contributing 7 rebounds, 4 assists, 1 steal, and 1 block in 34 minutes of play. He seemed to be everywhere, nailing mid-range jumpers, throwing down filthy dunks, and even dropping a trey.

His play was so inspiring that I'm going to recount 3 specific plays just for you, the readers. 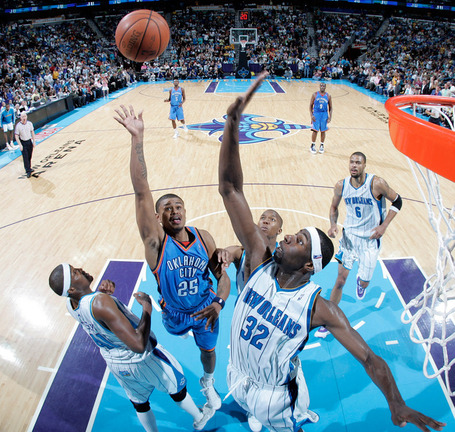 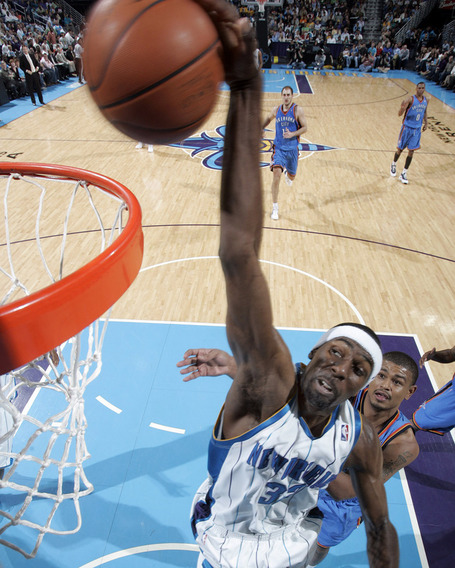 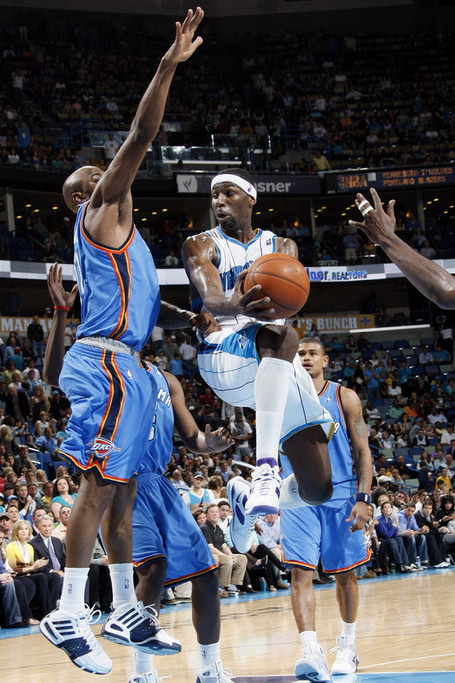 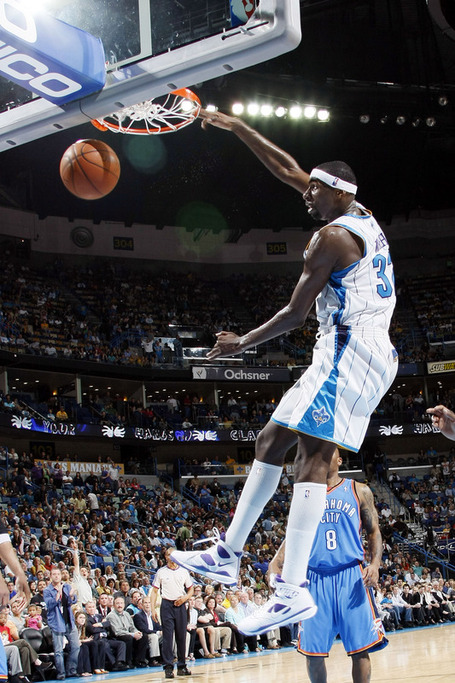 Wasn't that refreshing? Of course it was. I'd like to do a post sometime soon about JuJu's performances when he's given more than his usual 10 spare minutes of playing time. "The Case for More JuJu": it's coming.

Composed to: The Sounds' Dying to Say This to You