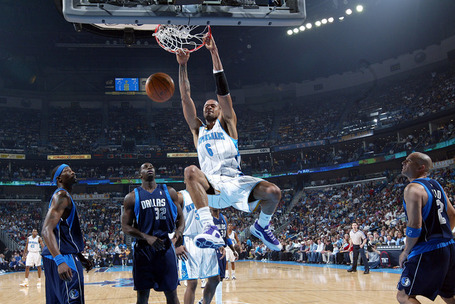 If you didn't have the pleasure of seeing this magnificent performance by CP and company, do yourself a favor and check out nba.com's highlights. After it loads, go immediately to the two minute mark. Now I know Shaq may have pulled off the "through the defender's legs" bit in the All-Star game, but at the two minute mark you'll see CP do it to Jason Terry on the fastbreak and then finishing with a dime to Rasual. Beautiful. Just beautiful.

Don't look now, but thanks to this six game winning streak, we're now 4th in the standings. Granted, the Western Conference standings are constantly flux (the 8 seed is within 4 games of the 2), but it's nice to see us hitting our stride for the final leg of this season.

But what about the game, right? Amazing. Three Hornets finished with double-doubles (CP went 27/15, DX went 19/10, TC went 10/11) while shutting down just about every Mav save Dirk (who finished with 27/7). Heck, even the bench helped out, holding onto a three point lead for most of the second quarter.

Credit the Hornet's defense. The rotation was solid, holding the Mavs to a 5 for 21 performance beyond the arc (with very few shots having been uncontested). Most importantly, the Bees were able to shut down Jason "the JET is on the runway" Terry. Let's just day that the JET found it difficult to takeoff tonight, contributing 10 points and 4 assists in 32 minutes of play. It should be noted here that Terry usuall kills us. This has something to do with the thinness of our bench (the JET plays the role of sixth man in Dallas' rotation), but more often he's just on fire. 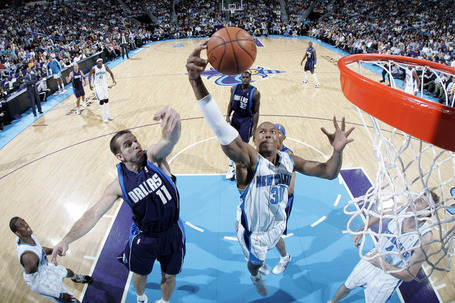 Despite the Mavs keeping this one close through the first half and most of the third, it looked as though road back-to-back finally got to them in the fourth, leading them to all but fell apart at the seams.

At the end of the day the Mavs just didn't have an answer for offense, which was firing on all cylinders. The Hornets shot a ridiculous 56% from the field and 40% from deep. The free-throws could have used some help (only sank 77%), but it's hard to ask for more when you're that hot from the field. 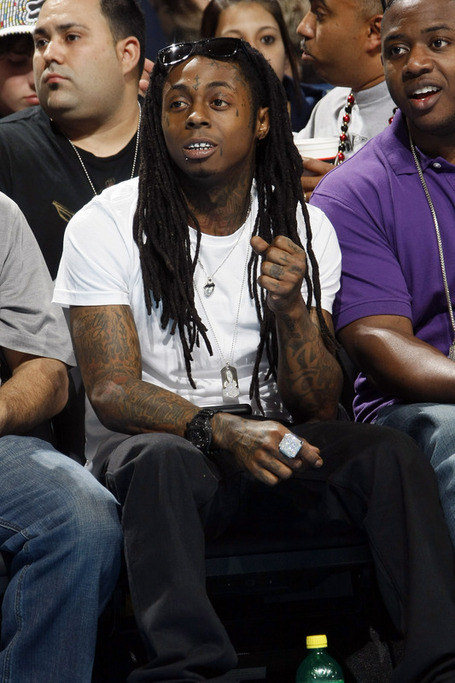 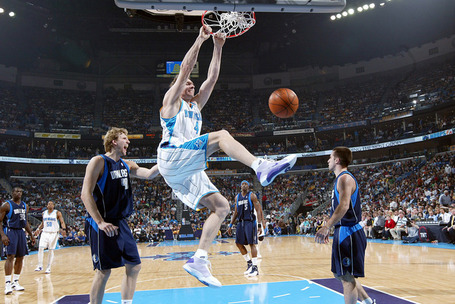 Composed to: Solomon Burke's Don't Give Up on Me