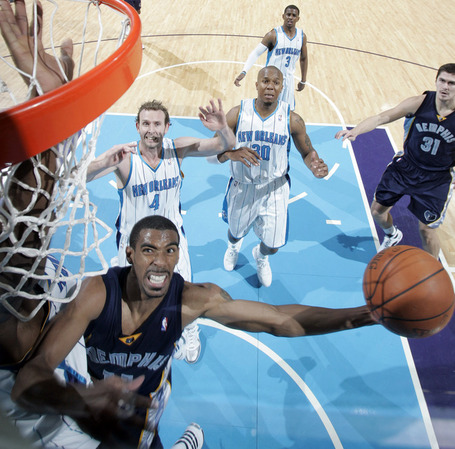 Sean: Oh, that's no good. I think he's gonna score. How do we guard that next time?
David: I don't know how to guard layups. That's why I usually hang out at the top of the key instead of under the bucket.
Sean: What's a layup? I only know how to dunk.
Chris: Guys! Seriously?!

Regardless, it's still a solid W considering we were (still) without Peja or TC. You hate for DX and CP to play 41 minutes a piece, but until all of our starters are back and healthy, they probably won't get the rest they need to take us deep into the playoffs.

That having been said, both guys had monster nights with DX putting up 29 points, 7 rebounds, 1 assist, and 1 steal while CP added 32 points, 5 rebounds, 9 assists, and 5 steals. Rasual and JuJu also made a few contributions, but most of the team spent the night in foul trouble, contributing little in the way of usable stats.

Composed to: Dusty Springfield's Dusty in Memphis (cheezy, but what the heck)

The opponent's take: 3 Shades of Blue