Heh, I guess it pays to have two All-Stars. 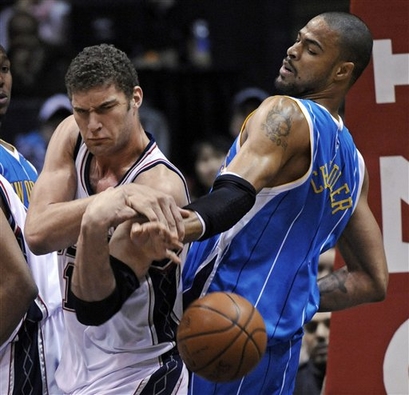 Marv Albert mentioned in the third quarter that Chris Paul had it in "cruise control." I find it hard to argue with that assessment. Other than his late performance (the jumper and two steals), he was stymied for a large part of his 14/9/8/4/4 performance. Luckily, David West was beastly. Nobody on New Jersey had a shot of stopping him, and his 32 points on 20 shots was what propelled us to the win. I'm doing the math off the top of my head, but a 32 point effort on 20 shots would qualify as a 63% true shooting percentage, right? Crazy. 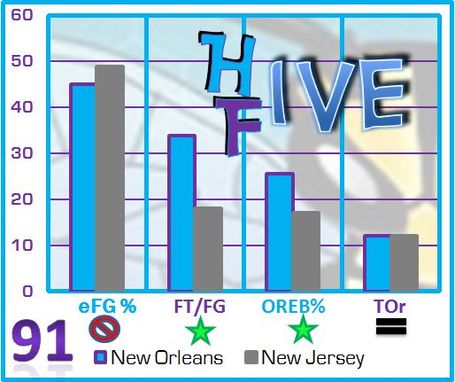