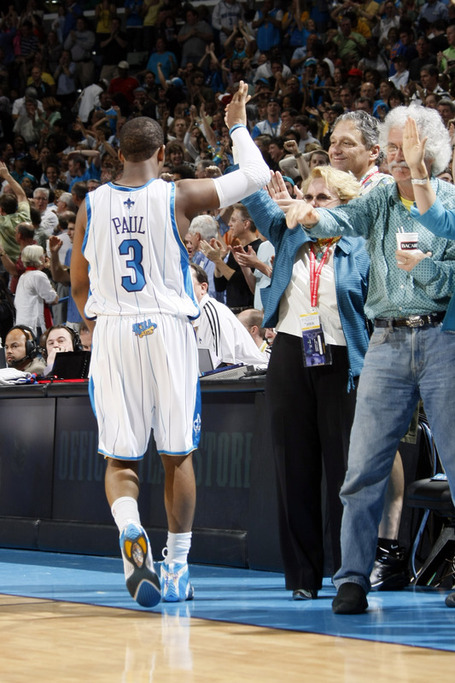 Do not go gentle into that good night.

Well... that didn't quite unfold the way I thought it would.

The Hornets started strong in the first quarter. Our shots were falling and our defense was forcing the Wolves offense deep into their shot clock. Bad decisions abounded leading the Hornets to go 8 to 0 within the first 3 minutes. You could tell the guys were playing with a bit of a chip on their shoulder, trying to earn some cred back after a few tough losses.

We got a little lazy toward the end of the first and through most of the second, allowing the Wolves to get within a basket. But we picked up the slack again in the third, heading into the fourth with an 8 point lead.

Then, out of nowhere, the Wolves started hitting their shots. They (meaning mostly Kevin Love) had gained a large portion of their points from the stripe, but had been unable to convert much from the field. But in the fourth, the treys started falling and the Hornets found themselves having to go bucket-for-bucket just to keep the lead (or keep within 1, as the case might have been). A few solid defensive performances toward the end allowed the Hornets to seal the W, but damn if my blood pressure didn't shoot through the roof on those final 12 seconds.

Composed to: Prince's Purple Rain (little shout out to all the folks in Minny)