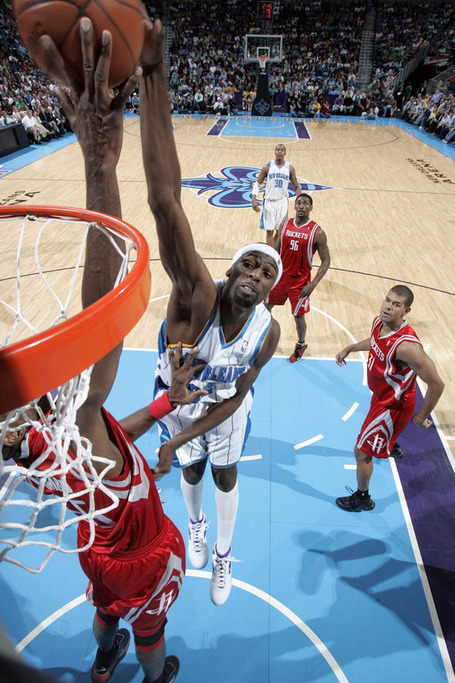 Here's the scenario: the Hornets just got manhandled on what should have been an easy road trip to the East, finishing the trip with their second double digit loss to Chicago this season. We then come home to face a Yao-less, McGrady-less Rocket squad in a pivitol division showdown.

We could have shown up with a fire inside; you know, the kind that says we're angry and we're out to make someone pay. But instead, we were generally lazy on defense and making uncharacteristically poor shot selections in the second half.

It was a wasted opportunity to close the gap in the Southwest. If we don't pull ourselves together and thwomp the T-Wolves and Grizzlies this week... well, I guess I'll still be attending games to cheer on the guys... but dammit, I won't be happy about it.

Composed to: Richard & Linda Thompson's Shoot Out the Lights

The opponent's take: The Dream Shake