And it's another Hornets-Bucks Friday affair. Win or lose, the last one was something of a major embarassment... 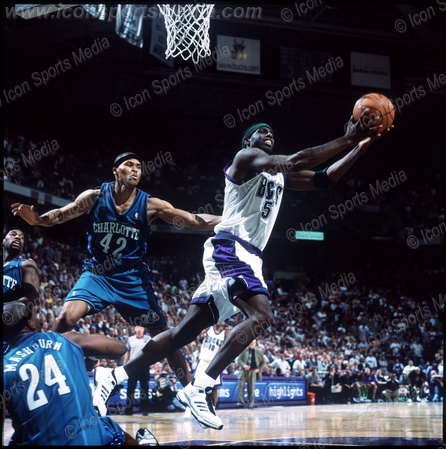 We've been lamenting second quarter stats for a while, and Caleb462 ran some stats during the last game thread. Via Brew Hoop's game preview, 82games.com has the net differential by team quarter.

In the 2nd quarter? The Hornets are the second worse team in the entire NBA. At -2.1, we're only better than Sacramento.

Want an even more sobering stat? The worst quarter (1st, 2nd, 3rd, or 4th) by any other Western Conference team is a -0.5 (Houston in the 4th). In other words, nobody else even comes close to having the weakness we have. In fact only 3 Western playoff teams have a negative differential in any quarter (POR 1st, DEN 3rd, HOU 4th).

I don't think it's much of an overstatement to say that this Hornets team will go nowhere this year if the 2nd quarter issues aren't fixed. We'd better be experimenting with lineups every single game until the playoffs. Lamenting our bench's lack of talent can only go so far. At some point, the coaching staff has to admit that this is what we're stuck with and move forward. Randomly switching Devin Brown and Ryan Bowen in and out of the rotation really accomplishes nothing.

I think it's pretty clear that the only fix is incorporating far more starter minutes into the rotation somehow. My idea would be pulling Chandler early in the 1st (at the 5 or 6 minute mark) and have him start the 2nd with D-West. One of the huge (and unexpected) shortcomings of the bench is the defense. This would not only fix that to some extent, but also it could prepare us for games in which Chandler has to leave early in the 1st with foul trouble. Last season, when TC got in early foul trouble, it threw us off for entire games. If it were to happen in a critical playoff game (Game 6, @Spurs, anyone?), we'd at least have more experience in dealing with it.