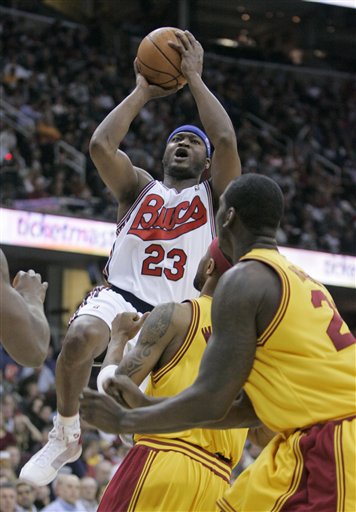 It's tough to assign blame in basketball games. Losses- especially blowouts- are seldom due to one or two people. Tonight, I don't know that's the case. Tyson Chandler played quite possibly his worst defensive game as a Hornets. Including games he played injured, I've never seen him play as bad defensively. It took midway through the third quarter for him to even attempt a shot contest. It's not like he didn't have opportunities; the Cavs were barrelling through the lane at will. His lack of D killed us tonight. More blame mongering after the jump... 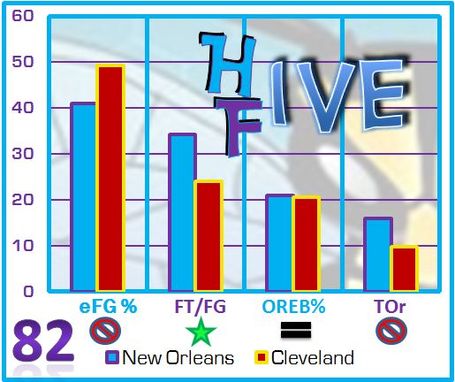 Other than Chandler, I'm looking at Byron Scott's defensive strategy. He came into the game looking to double LeBron aggressively. That strategy has worked well in the past and certainly can't be faulted. The thing is, LBJ came out looking to pass on every play. CLE got going from the three point line, with Szczerbiak, Gibson, and Pavlovic on fire from deep. At that point, New Orleans should have switched it up a little bit. We had Posey to guard LeBron, and he was doing a good job. What's the point of having Posey out there and still doubling? There were a couple plays where Posey was yelling at guys (West and Butler were the ones I remember) and telling them not to help. Good thing they never listened. To quote chandlerfan6 from the game thread: "LET POSEY GO ONE ON ONE WITH LEBRON. HOLY CRAP HES ONE OF THE BEST DEFENDERS IN THE LEAGUE." Exactly.

That brings us to.... who else? Devin Brown. Byron Scott: Why? Why? What the hell does he offer this team over Morris Peterson? No, seriously, tell me one thing he can do better. One thing. Rebounding? Mo. Turnovers? Mo. Defense? Probably Mo, but let's say tie. Shooting? Uhhh. Yeah.

On to the factors: contrary to what ABC's absolutely imbecilic announcing crew may have told you, we actually did a decent job on the boards. We held CLE to a low offensive rebound rate, and while a few more offensive boards could've helped us, there were quite a few unlucky bounces. Most of the damage came from the Cavaliers' terrific defense. Cleveland pressured the ball really well, and the help defense made up for the times they overplayed the ball. If the Cavs can keep up this level of defensive intensity till year's end, I'd definitely have to pick them over the Celtics. More than anything, the players understand their roles on D. The most impressive thing- this team never ball watches. Nobody's following the ball around with their eyes, something Chris Paul and David West are guilty of multiple times a game. To sum, I really like this team. I'd be surprised if they don't make the Finals this year.

Some bullets to clean up:

Well, that's that. Detroit is up next, and they just lost to OKC. We just lost to New York, so I guess we're even. Good thing we showed the nation just how awesome we are!