Share All sharing options for: Behind Enemy Lines: Memphis Grizzlies

The Grizzlies visit New Orleans tonight. For whatever reason, we've played some awesome games with these guys over the years. The David West game winner, the over time game, the Jamal Mashburn fadeaway 18 footer from a few years ago. They've got the makings of a really nice young core- Rudy Gay, Marc Gasol, Mike Conley, O.J. Mayo. This team could really explode in a couple seasons. For now though, it should be a matchup we need to take care of. I talked to the fantastic Grizzlies blog 3 Shades of Blue to learn more about the team: 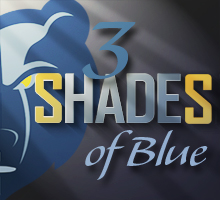 At the Hive: The Grizzlies have something of a logjam at point guard right now in Mike Conley, Kyle Lowry, and Javaris Crittenton (and Jaric's played the point before). What kind of talent do you think Memphis would expect in return for each of those guys? Anybody you'd like from the Hornets?
3 Shades of Blue: Honestly, I don't see it as the logjam it was last year or perceived to be in the offseason.  I firmly believe that Conley has proven himself to be worthy as the starter and deserving of the majority of minutes.  Lowry is a capable backup who is an excellent change of pace off the bench.  Critt is a scorer who doesn't score all that efficiently and is better suited to the SG position.
I don't see Kyle or Javaris bringing back all that much in a straight one-for-one trade, as neither of them are really starter-quality in my opinion.  As part of a multi-player deal, I could see them significantly "sweetening the pot" for a possible starter in return though -- especially if combined with Hakim Warrick and the expiring contract of Antoine Walker (team option after this season).  Conley has been involved in trade rumors with Portland for forward Travis Outlaw, but I think that he has more value than that.  You don't trade a starting PG for a player that will be a backup, after all.  This is especially true of a player who still hasn't played a full 82 games in his career.
As for players on the Hornets that I'd take.....we'll take Chris Paul if you're looking to get rid of him.  LOL  Seriously, though, I'd love to have James Posey back in Memphis again to show our wing players the proper way to defend.  Outside of those two very unlikely scenarios, I wouldn't mind engineering a trade for Rasual Butler, who seems to have found the range on his jumper.  The Grizzlies could definitely use another perimeter threat at the G/F positions.

@tH: I watched O.J. Mayo a lot in college and felt like he undeservedly lost his "hype" as the season wore on. How would you rate his rookie campaign so far?

3SOB: If he's not the Rookie of the Year to this point, then he's Co-ROY with Derrick Rose.  It is somewhat amusing that you had that reaction to him, as I felt that Mayo was undeserving of the hype that he had received prior to entering college and was actually performing to his proper level while at USC.  Obviously I was wrong -- and I'm quite happy to admit that now.
There is only one word that I feel accurately describes O.J.'s transition to the NBA:  Smooth.  He does things that you expect to see from seasoned veterans and makes it look so effortless that one cannot help but be impressed.  I don't know that he has the ability to become another Kobe or LeBron, as the hype machine predicted while he was still early in his high school career, but he's definitely a special talent.
@tH: O.J. and Rudy Gay both seem to be high volume shooters who don't necessarily shoot that well every night. As both their careers wear on, do you think they'll be able to coexist on the same team? What are the major differences between the two players?
3SOB: Actually, I think that the only thing the two of them have in common is how effortless they make everything look and their clutch play late in games.  Beyond that, they are completely different in their approach to the game.  But because of that difference, I think that they can coexist, given that O.J. has more of an Alpha approach to the game.
O.J. is most comfortable with pull-up jumpers and driving to the basket in a manner that can only be described as silky.  He has a quiet intensity that belies his killer instinct and a surprisingly cerebral approach to the game.  He is committed to improving himself -- not season by season or even game by game, but minute by minute on the court.
Rudy is a jaw-dropping explosion on the floor.  His unbelievable athleticism makes him a must-see attraction, as he has elevated himself to the position of being one of the best in-game dunkers in the NBA.  Gay is a more emotional player than Mayo though, sometimes allowing himself to get discouraged too easily when things don't go well early in games.  At times, he seems disinterested in anything other than scoring, which obviously has a negative effect on his level of play on those occasions.
@tH: I've seen Marc Gasol play 6-7 times this year, and I've come away impressed each time. How does he compare to a young Pau Gasol?

3SOB: Two completely different players.  Other than their last name and shaggy makeovers, you wouldn't know they were related.  Pau's game is built on finesse and scoring, as he grew up playing SF before making the transition to PF in the NBA.  Marc is a traditional center who looks to play defense, rebound and do the dirty work before all else.  Scoring is almost an afterthought for him on some nights.  However, the younger Gasol does display the same deft passing touch that his older brother has been showcasing in Los Angeles since the infamous trade that took place last season.  The most glaring difference between the two of them, which any Grizzlies' fan will happily point out, is their approach to contact.  Pau avoids it at all costs, while Marc seems to relish in it.  Marc draws more comparisons to Brad Miller than his sibling in conversations around Memphis.

Thanks a lot to 3SOB for the insight! You can check out my answers to their questions here. Good luck to both teams tonight.