[Editor- This is too awesome not to put on the Front Page. A lot of really, really good pictures after the jump. Enjoy! (and thanks Saintsational) Go Saints tomorrow!]

Tonight, I had the pleasure of attending the Hornets game while sitting on the floor! Spike and Jack style. Row AA. Whenever I go to Saints games I always write up a quick post for CSC readers replete with observations about the game and pictures of my game experience. This was my first Hornets game of the season - I will start following more after football season - and since my seats were unusually good I thought you guys might enjoy one of my world famous "The View from..." posts. I will spare you of any basketball observations since I am certainly not an expert and haven't brushed up on my 2008 Hornets trivia yet. (Who the hell is Marks?)

Just a few notes from the game:

And now...the pictures. The bad photos were taken by me. The good ones (you'll be able to tell) were taken by my friend Mae$e. Check out his New Orleans blog! 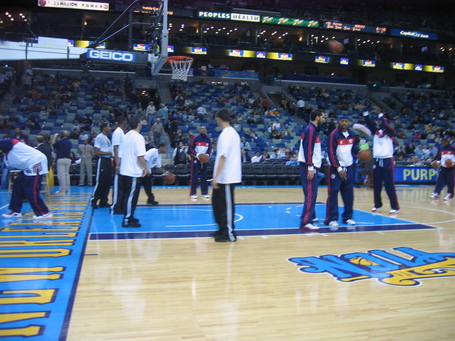 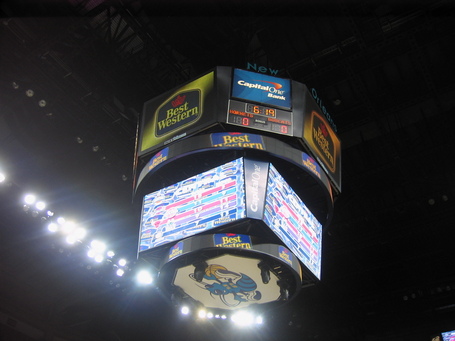 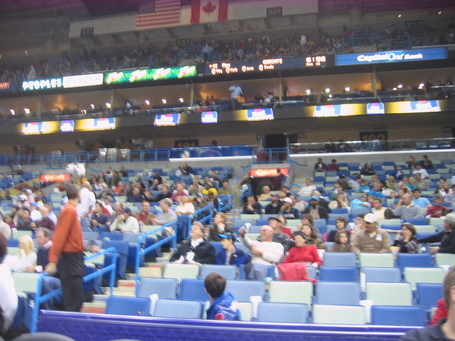 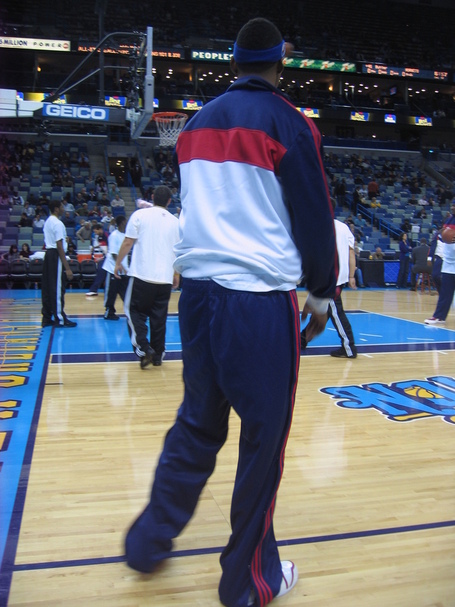 I think this is Mo Pete. Not sure though. 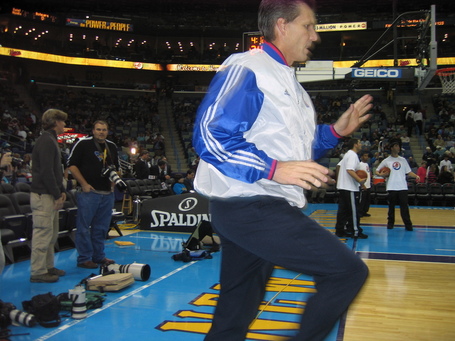 Even the ref's need warming up. 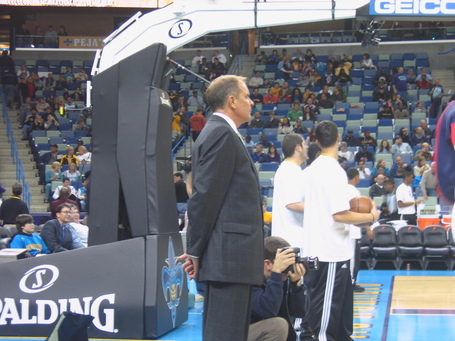 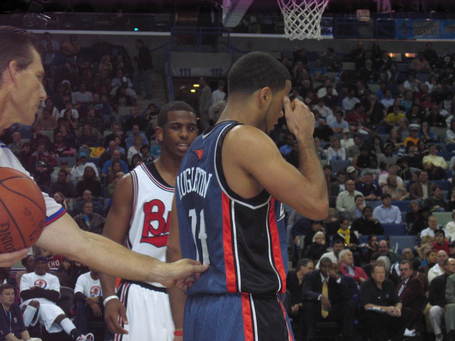 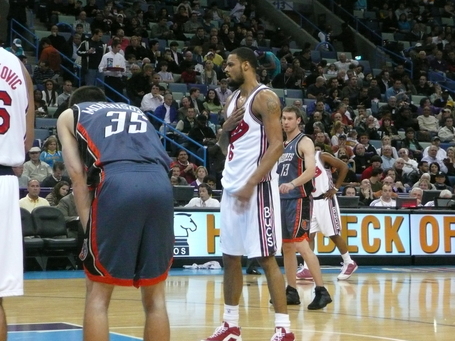 Half of the Crescent City Connection. 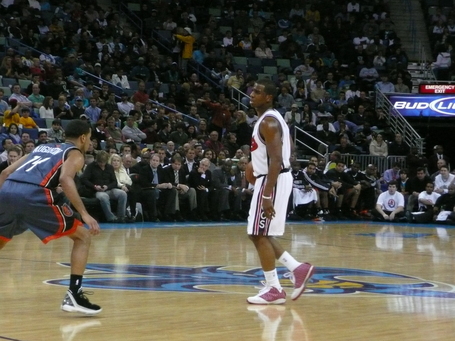 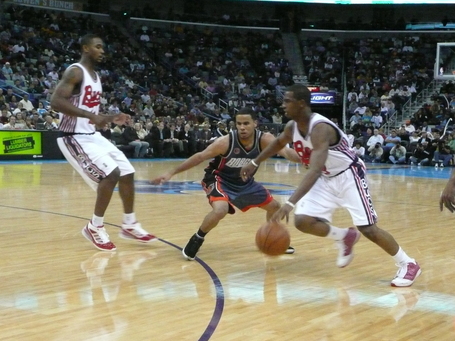 Hilton getting into position. 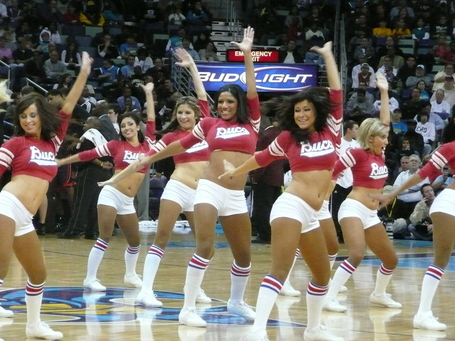 For all the guys out there. 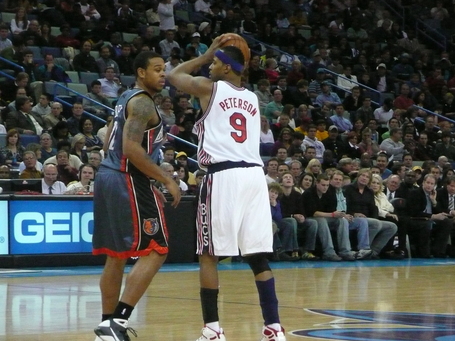 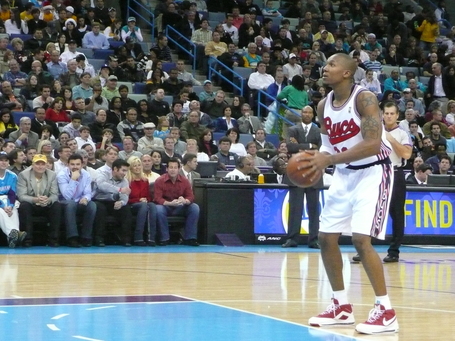 D. West at the line. 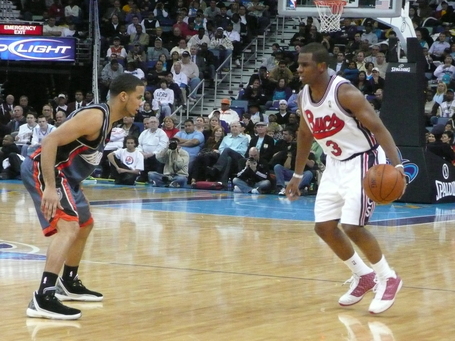 You might think CP3 is human but he's obviously not. Check out his feet in this picture. He is floating. 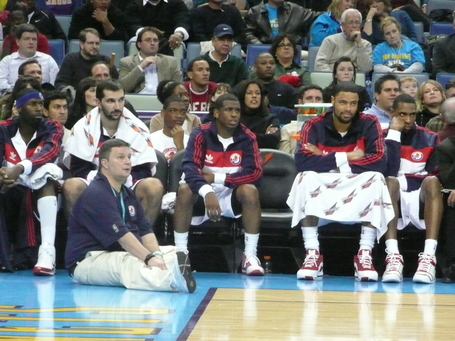 Their work is done for the night. 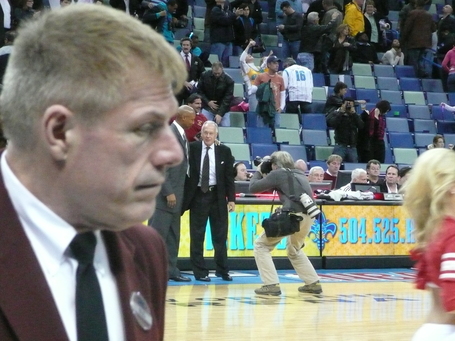 Coaches meeting. Get out of the way Bud!