Share All sharing options for: Behind Enemy Lines: Miami Heat

After that sorry excuse for "basketball" the Hornets played yesterday, they return home tonight to play a legitimate playoff contender in the Miami Heat. Dwyane Wade has looked MVP-esque, Michael Beasley looks like a stud, Mario Chalmers has performed admirably, and the Heat demolished San Antonio last night. SBNation's Miami Heat blog Peninsula is Mightier helps us preview the match up after the jump. Be sure to check them out for more Heat coverage. 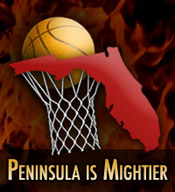 At the Hive: What are your impressions of Michael Beasley thus far?

Peninsula is Mightier: About what I expected. The offensive talent is all there, though he's not yet comfortable from the NBA three-point line and he tends to shoot from a low release point more than you'd like. Those problems are already starting to disappear, and he's really starting to help himself by getting to the free throw line and knocking them down at around 85 percent. That'll keep his numbers up while his shooting range expands for the pro game, and once he's a long-range threat, he's unstoppable. The chemistry with Wade is still in its infancy of course - they often seem to get their buckets on two parallel planes rather than a collaborative effort. Part of the problem is the awkward presence of Shawn Marion, who is doing his best to force his talents into a system that can't accomodate them, and another part is Wade's relationship with Udonis Haslem, his kick-out target of choice. But they're the foundation, and they're slowly learning to complement rather than compete.

Defensively, Beasley was a disaster coming out of camp. That was the big on-court concern with him, and with good reason. He got burned non-stop early in the year, spacing on rotations and back-door cuts almost without fail. But he's learning that stuff too, in large part because Erik Spoelstra hasn't been shy about yanking him when he's out of it defensively, whether he's scoring or not. Plus, you can tell he's got enough pride that he doesn't like being bad at something, and he certainly doesn't like being embarrassed. He's not going to be a stopper by any means, but he'll become a good defender just to avoid looking silly out there.
The off-court stuff was perhaps the biggest red flag on Beasley coming in, and we all know he confirmed that, along with teammate Mario Chalmers, with the little weed incident at the rookie orientation program (the pure hubris of that still floors me). His work ethic isn't all that, and he seems to be caught up in the lifestyle a little too much. But I think he understands that he's got to be special on the court to be a big deal in the club. That'll keep him motivated, and vets like Wade and Haslem will figuratively slap him around when necessary. This is going to be an ongoing issue, so I'm trying not to worry about his shenanigans unless the authorities are involved.

@tH: We've all seen what Dwyane Wade can do when he's healthy. Do you think he'll return to his '06-'07 levels this year, or even possibly surpass them?

PiM: I'm going to say he'll surpass them. Wade was lost in Spoelstra's offense early and was on the verge of turning into a real jerk, rolling his eyes and delivering long on-court lectures to those teammates who dared to not be as good as him. He tossed off some existentialist quotes to the local papers, questioning his role and all that, and Spoelstra responded by putting the ball in his hands more often early in the clock, muting Wade's criticism of the offense by giving him more ownership of it. He looks engaged and comfortable now, and his games against Philly and San Antonio were MVP-caliber. He's scoring, he's slashing, he's rebounding, he's passing, he's playing the lanes. I know you have to say "if he's healthy" before "Wade" in the same way you have to say "rocker" before "Tommy Lee," but if he's healthy, Wade is in the Kobe/Lebron/Paul conversation.

@tH: What's the deal with Joel Anthony? I got the feeling last year that he could develop into a pretty good player, and he participated on the Canadian National Team this summer.

PiM: Had to bring that up, didn't you? I hitched my wagon to Anthony early in the summer, before Miami even picked him up officially for this season, with visions of the next Ben Wallace, or at least vintage Bo Outlaw. I was absolutely certain he'd play his way into the rotation, and Spoelstra, Wade and others singled him out in camp for the way he ran the floor and protected the rim. But Anthony's got a fatal flaw, and it's a big one for a basketball player: he can't catch the ball. I can't believe I'm saying that about an NBA veteran, but it's true. It's like his hands are wrapped in gauze or something. The problem seems to be worse than it was last year, so maybe it's a mental thing. I mean, the guy had a good college career at UNLV, played quality minutes for the Bizarro Heat at the end of last season and, like you said, did some things with Team Canada this summer, so it's not like it's been a prohibitive issue. But it's certainly prohibiting him from eclipsing the mighty Mark Blount on the depth chart for now.

@tH: True or false: Daequan Cook is the next Rasual Butler.

PiM: That's not a bad projection, but I'll say false. Cook's had all kinds of chances to solidify a perimeter reserve role with James Jones out for a few months, Dorell Wright still recovering and Yakhouba Diawara being Yakhouba Diawara. He's had his moments, but he's still wildly inconsistent and doesn't do a whole lot besides jacking up shots. He's getting his 20 minutes and 8 points per because the Heat doesn't have other options at the moment, but once Jones is back, he's buried. He's young yet, and the team picked up his option for next year, so this is far from a closed case. But I'm skeptical that he'll become anything more than a fringe swingman.

Thanks again to Peninsula is Mightier! Let's hope the guys can get back on track at the Hive.