I'm just gonna go with bullets for this one. I know this was the second game on the road of a back to back. But the problem wasn't fatigue. It was discipline. Absolutely no discipline on the glass- no boxing out, and pointless fouls on plays where guys were already boxed out. No discipline on defense- the Blazers were driving to the rim at will. I don't mean any disrespect to the Blazers, but the Hornets just tossed this game away. That second half was pure garbage, and I'm sure every player in the locker room knows it. 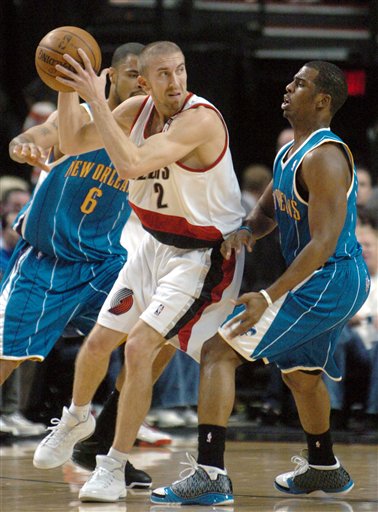 "Right this way, sir. Would you prefer the scrumptious pass to an un-gaurded teammate for three, or our in-house favorite: the delicious one handed layup? Both can be served with a fine glass of "pointless touch foul."